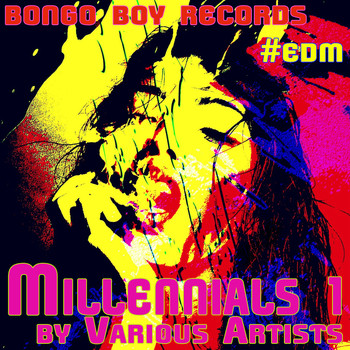 Korvez brings industrial, ambience, and EDM together into a soothing whole on “Gravity Defied feat. JR Hilcher”. Stripping things down to the essentials the song really touches the very soul. Quite an intense trip the multiple layers unify to create a vast stream of consciousness.

A sultry take on the club lifestyle permeates the whole of Tammi T’s “Ready For The World (EDM) feat. Keith Hines Production”. With such a sparkling arrangement the piece simply stuns. Melodies have a rich, vibrant quality to them.

The acid washes of Les Fradkin’s “Attack!” have a great power to them. Guitar riffs go for a surf rock haze done with the utmost of style. An absolute joy to behold the track is filled with such undeniable happiness.

STEEL and Nina Sol dive headfirst into a mysticism with “Blessed Kiribati feat. Ricky Kej (Radio Edit)”. Drawing from traditional folklore as well as dubstep, the song is a true hybrid of the new and old. Highly ornate the song reveals a whole new world in the best way possible.

From the crackles that introduce the track, all of Frankie Silver’s “Someone’s Else’s Eyes” feels timeless. Great positivity rules supreme over the massive groove. Soulful, smooth vocals are nicely sprinkled on top in the best way possible.

On “Dance With A Stranger feat. Keith Hines Production” Tammi T goes for a sparkling house track. Her voice has a luxurious aura to it. Full of love the entire piece soars up into the sky in the best way possible.

Korvez’s “Love Of Your Life feat. EveVox” feels highly reminiscent of Depeche Mode at the peak of their powers. An ornate thoughtful melody rests at the very core of the piece. From there an increasingly complex kaleidoscope of color emerges.

Giddy rhythms take hold of Sharon Lia Band’s infinitely playful “Forevermore (Dance Version)”. Everything stuns from the crispness of the percussion to the smoothness of the guitar riffs. Her voice has nearly a theatrical quality to it as it embodies a sense of true yearning.

R&B and the blues come together on Robert Michaels’ carefully crafted “Drive”. Done with such care the piece radiates tremendous energy. Grooves have a driving quality to them as it all merges into a singular whole.

The glam production of Tammi T’s “My Music (EDM) feat. Keith Hines Production” has a neon-hued glow to it. Her voice offers such hope and optimism in the world. By focusing on the art of pop, the song even veers into Lady Gaga territory with its clever self-awareness.

Ramshackle rhythms work together on the raw grit and soul of the Corridors’ “Inspired Visions (Radio Mix)”. Going for a hint of the blues the piece dwells within a hardscrabble existence. The hurt and pain of the track has a highly intimate spirit to it.

STEEL bounces off the walls with the geometric shuffle of “Suavecita (Spanglish Edit)”. Inventiveness reigns supreme as the rhythm moves in an unexpected swinging fashion. Clipped vocals further lend to the wild unpredictability of the track.