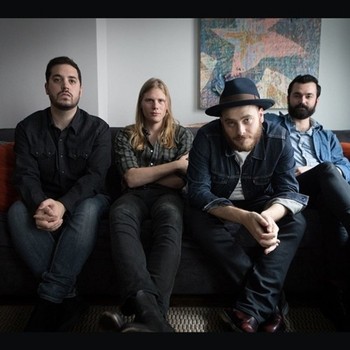 As listeners plod through the studded sonic corridors of “Venus,” the new single by American alternative rock quartet The Chordaes, the stinging attack of the song’s vocal track is impossible to evade as we’re washed in the vibrant rhythm of the backing band. The singing from lead vocalist Leo Sawikin is rough around the edges and adds a brilliant contrast to the airiness of the composition that breaks apart its simplicity like a boldly thrown brick through a pristine glass window. The minimalist mix makes sure that we aren’t shredded by the scattering fragments of tonality that are left behind; “Venus” is too dexterous, too nimble for that to happen. Though it aggressively rips us out of this world and into its own, we never feel strangled by its willful experimentalism – quite the contrary, actually.

The guitar parts attack us from every possible angle in this single, while the keys haunt the background with an agile cleverness in the master mix, and despite these seemingly obscure accentuations the entirety of the song feels more like an exercise in controlled chaos than it does anything else. The lyrics are gold and the sway of the song is hard to resist; audiences in search of unimaginative, straightforward pop that shies away from taking these sort of exciting risks would do best to avoid this single. The Chordaes haven’t just mounted an eccentrically crafted rock song here, they’ve designed every aspect of its provocative abstractness to leave us stunned by its complexity. The resulting product works flawlessly to say the least.

The lyrics aren’t altogether removed from the left-field navigation of the rest of the song; in fact, I would even say that they take as much – if not a little more – from The Chordaes’ post-punk influences than the instrumentation does. There’s a taste of shoegaze here, but guitarist Kevin Foley rejects opportunities to overindulge in cerebral psychedelics. The verses feel somewhat acerbically gothic in their execution by Sawikin, while stylistically maintaining the enigmatic luster of the track’s general theme. The lumbering bottom end cushions the blunt delivery of the words, which I think would have been much less enchanting were they not as artfully crooned by the frontman as they are.

We never reach specific a climax in “Venus;” instead we end up sort of floating around in the lush harmonies generated by the band’s ceaseless clattering. By not centering the entire song on one cathartic hook, the entire composition takes on the feeling of an anthem. The Chordaes have been known to be a remarkably melodic band, and this track puts the emphasis squarely on their ability to break off from the beaten path and explore parts unknown while still retaining their melodic compass. Its insular and aesthetically calculated arrangement yields this infectiously confident awkwardness which becomes the grand oasis that listeners discover during the four minute musical adventure that is this single.

“Venus” is fluid, sleek and progressive by design unlike most American alternative rock you’re likely to come in contact with this year, but it’s also rigid, abstract and brutally unpredictable in all the right ways. The Chordaes compromised literally none of their ideals in the production of this single, and one thing that no critic nor listener will be able to argue is that it’s a truly original single in an era plagued with copycats and posers. Sporting a magnetizing vocal performance tucked inside a plethora of colorful melodies that run head first into each other, “Venus” is as engaging a listen as The Chordaes have shared with us in their career to date.