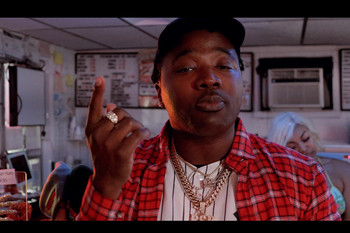 Courageous. Controversial. Witty. Brutally honest. The present and future of hip-hop in New York City. Troy Ave has been called all of these things. But there’s one thing that nobody ever disputes about him: he’s his own man. The Brooklyn-born rapper has called the shots in his heralded career, and stayed true to his vision even as his peers have capitulated to industry expectations. On More Money More Problems, his highly anticipated third album, he stands alone – no features, no B.S., no music business hand-holding. As always, he’s put it out on his own BSB Records, the independent imprint he’s steered to great success for the past five years, since the 2013 release of New York City The Album.

Indeed, as the hip-hop industry continues to consolidate and corporatize, it’s refreshing to see Troy successfully swim against the tide; in the words of the “Old Blue Eyes”, he’s doing it his way! On a Troy Ave project, there’s no buffer between his feelings and his storytelling, and no censor in sight. Maybe that’s why he’s always been able to go toe-to-toe with the biggest rappers in the world and compete on the same playing field that they do while remaining one-hundred percent independent. Not for no reason was his last set called Major Without A Deal: he stormed the Billboard charts (#14 R&B, #13 Rap) with momentum he generated by himself. Troy often says, “it costs me about $10k to create a project and I’ll make $150k easy every time I drop. Major labels are spending half a million and barely recoup. I may not have more clout but I have the artistic and financial freedom which is priceless.”