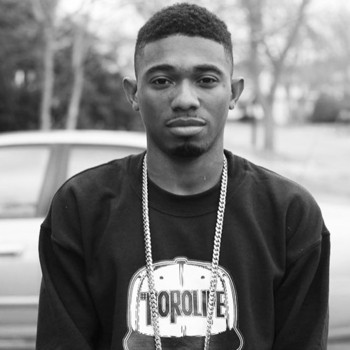 East Coast hip-hop just gained a new crew. FR EAZZY, also known as Far Rock Eazzy, is a rap artist from Rockaway, Queens. Hailing as the king of New York, he uses his slick verses and high energy choruses to take the crown. His crew calls themselves RoRo Life, which means “Real Only Recognize Real Offical,” and he has now developed the RoRo Entertainment Company to pursue his dreams. Living with no limits, he has helped elevate his friends on the way up by emulating good vibes and positivity. As moguls of the movement, Fr Eazzy knows how to work hard and play hard and he is certainly ready to party.

Fr Eazzy or as some call him, Kashawn Hunter, grew up enthralled with music culture as it encompassed his entire life. In high school, Fr Eazzy became popular on YouTube and was then discovered by the RoRo Life clique. In 2011 he decided to pursue a solo career as he became his own authentic artist while also being a model, actor, and designer. Throughout the years he has released a series of singles including “I’m Good”, “RoRo Ryder”, and the politically charged “Don’t Preach That.” mIn 2016 he released his first mixtape Catch My Vibe and was interviewed on Radio 105.1 by Dj will and Dj self about the project. Collaborating with Fetty Wap, the album was a huge success. Fr Eazzy has also worked with producers Reef, Fresh Beatz, and Papi Ocho, and toured with Jim Jones and Big B’s. Doubling as a businessman and an entertainer, Fr Eazzy’s career has blossomed from the bottom up- for real.