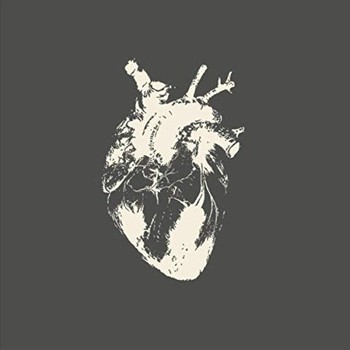 Labán, a rising star in the Mexican R&B scene, unleashes pure, relatable grooves in his new single “Dueños de Aquí,” but they aren’t steeped in the commercial gloss that has become all too common in modern Latin pop. Perhaps it’s his educational background in humanism that gives him a unique perspective on the relationship between mankind and music, or the fact that he was raised by both an artist and an activist. Whatever molded his mind into the musical force that it is today, the results are on full display in “Dueños de Aquí,” a protest song and sexy R&B ballad that has the energy of a club track with the articulate street smarts of an urban pop jam.

“Dueños de Aquí” flirts with the traditional framework of Latin pop, but it isn’t quite as indulgent as what some of the genre’s more ardent followers might be expecting. I actually found the stripped down nature of the mix to be very clean and organic; instead of burying Labán’s incredible, whisper-like singing in silly overdubs or an exaggerated bassline, his voice draws us closer with nothing to get in its way. The old school R&B rhythm pounds away at the sly blues guitar parts, but there’s not enough contrast between them to start a fire. I have a feeling that on stage it would be practically impossible to stop the flames from igniting, but this studio performance is a much more conservative affair – though still an ironically teasing one.

We don’t have to speak Spanish to know that Labán is going bold with these lyrics, because the emotion in his heart is so elaborately spread out in his vocal range. He doesn’t give us the full spectrum of his talents here, but instead chooses to make his quieter side the point of emphasis. He practically creeps through these lyrics as the bass, guitar and drums march to an almost cocky beat. It’s not that he’s hesitating, but more that he’s biding his time, following the footsteps laid out by the percussion and occasionally peeking out from behind the shadows of the guitar to remind us that he’s still there. I love the arrangement of this single; it’s tense and features a very anti-climactic chorus, yet it still manages to translate as rich and cathartic.

Labán’s new single is a short and to the point pop song, but it’s also a swanky prime cut of smooth R&B with a charged political narrative. In his native Mexico, corruption has run rampant and violence is essentially inescapable for substantial portions of the population, and like his activist mother before him Labán simply can’t stand idly by while the world collapses around him. There’s too much at stake, and through his music he tries to communicate a message of solidarity and hope to those who are most in need of support. Whether you understand his words or not is irrelevant; his music speaks far more to the content of his heart than words ever could, and this single is a great demonstration of his natural emerging talent.