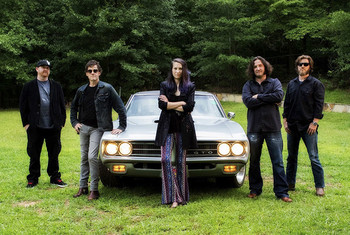 If you’re someone who enjoys a timeless rock n’ roll sound with explosive vocals, captivating melodies, and face-melting guitar leads, then look no further: Last Chance Riders are all that and then some. Inspired by the greats of rock n’ roll, these five passionate rockers are on a mission to write honest and energetic rock music the world loves while bringing that same fervent enthusiasm to the stage. Last Chance Riders achieve this goal and more with their latest single “Downright Disgusted.”

“Downright Disgusted” comes off Last Chance Riders’ first studio record, Jet Lag Super Drag, which was recorded at Sonica Studios with award winning producer John Briglevich. “Downright Disgusted” is a track that is about being brutally honest with oneself and finally getting fed up to the point where you need to take action. According to principal song-writer DeWitt Thompson “Downright Disgusted is a vignette where misspent youth meets the ups and downs of addiction and sobriety with a sprinkle of rock n roll thrown in. Like falling asleep on ecstasy in Amsterdam then waking up in pleather pants and realizing your backpack is on Air France but you still have your guitar!” Lead singer Jessie Albright lets her natural aggressive tone shine through and powerfully displays what it really means to be “downright disgusted.”