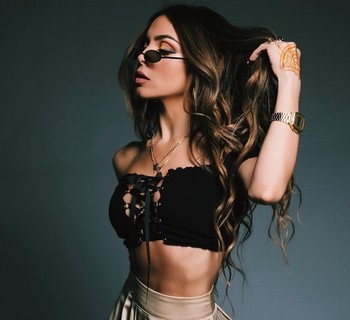 Puerto-Rican pop artist CHESCA today released her single, “Azúcar” along with a simultaneous release of the video. The danceable, Urban Pop track combines Latin and reggaeton sounds with melodic choruses and catchy hooks and the video is a perfect compliment to the song with its colorful and vibrant view of CHESCA showing off her vocal prowess and her incredible look. The hook-laden track was produced by the same team, led by Al Janussi, that worked magic for Marc Anthony’s “Vivir La Vida” and JLO’s “On the Floor.”

CHESCA now lives in LA but hails from Puerto Rico and is quickly making her mark in music with this dual release. She is ambitious and multi-talented, always in the studio perfecting her International, Latin, Global, and Pop sound. She has her eye on musical collaborations with Pitbull and has big support from artists such as French Montana as well as looking forward to touring later on in 2019.