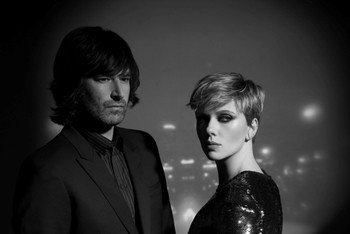 Directed by actress, producer, and filmmaker Bonnie Wright (best known for her role as Ginny Weasley in the Harry Potter series), the clip serves as the perfect visual companion to the song. “Pete Yorn and Scarlett Johansson’s new single ‘Iguana Bird’ evoked for me that new loneliness you feel in the wake of a break up, having spent every moment with someone you now have to create new memories that feel forced and out of touch with what you know,” Wright told PAPER about the track. “I was inspired by the dance scene in Jean Luc-Godard’s film Bande à Part, most particularly Anna Karina’s character, and the vulnerable beauty often explored in French cinema during the ‘60s. I have been an admirer of LA based choreographer and dancer Nicola Collie for a while and it was such a joy to direct her in this enclosed world we created for the music video.”

“I have been a fan of Bonnie’s work,” Yorn says about working with Wright. “She came to us with a visual concept that really captured the emotion behind the song in an original way.”