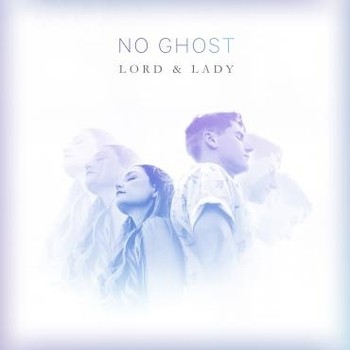 There isn’t much to say about where mainstream pop music is right now, and that isn’t just a problem for the artists who rake in two or three Grammys every year, but more of a problem for our artistic world as a whole. When the top starts to crumble, it’s up to the artists occupying the bottom to rise to the occasion and inject their own new sound into the spectrum of pop culture, which is exactly what Lord & Lady are doing in their new EP No Ghost. In No Ghost, listeners are treated to a futuristic take on what pop can sound like when there’s nothing to hold its melodies back.

So far, Lord & Lady haven’t had a hard time conquering the hearts of critics in 2018 with their single “The Lift,” and now with much anticipated release of No Ghost they’re reaping the rewards of their strenuous dedication to perfection in the studio on a commercial level as well. Fans of pop, rock and alternative music in general are gravitating to Lord & Lady, and it isn’t exclusively because the lack of competition makes their path to stardom all the more attainable. Lord & Lady actually stand for the same creative ethos that gave birth to punk rock back in the 70s, and audiences have been desperate to see that kind of passion return to the FM dial for some time now.

Each of the brilliantly stylized tracks on No Ghost showcase a different look for this band, and even though they’re wildly unique and have little in common other than sharing the same pair of songwriters, they originate from the same illustrious passion for harmony. I possibly would have arranged these tracks in a slightly different order just to create a bit more anticipation in the overall progression of the record, but nonetheless I think listeners get the general concept of what Lord & Lady wanted to achieve in this ambitious sample-sized offering.

Lord & Lady strike me as the kind of band whose sound was crafted to be consumed in slow sips, with each listening session ushering with it a new collection of tones to be discovered, studied and interpreted. To say that No Ghost is an intellectually minded record is an understatement, but to suggest that its appeal is limited strictly to music aficionados wouldn’t be very accurate in itself. It doesn’t take a Ph.D. in art to get into the grooves that Lord & Lady are dispatching for us here, but there’s plenty of marvelous little details to behold if you’ve got a keen ear for music.

While their music may be difficult for critics like myself to categorize under traditional genre labels, it’s undebatable as to whether or not Lord & Lady are making a positive impact on the scene they seek to rule over. A willingness to experiment is what separates the hobby musicians from the legit pros, and not only do these two have no qualms with trying something new, they’re entire identity centers on that very concept. I can’t wait to hear what they come up with next, and if it’s on par with what they’ve done in No Ghost, I’m sure I won’t be the only critic singing their praises