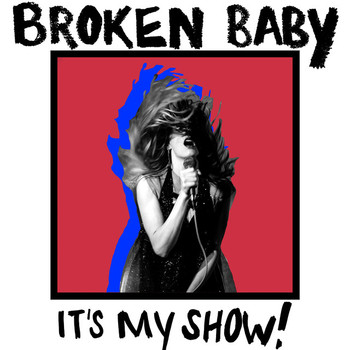 Rock music has never been defined by those who play by the rules, and it’s going to take a generation who respects the foundational fortitude of anarchy to ensure rock n’ roll’s survival in the future. When you think about it in those terms, Broken Baby are one of the only bands up to the task of bringing rock out of the commercial bondage that its in at the moment and into the 2020s to flourish the way that it once did. Their first full length album, titled simply Broken Baby, hits record store shelves soon and has been buzzed by everyone from indie critics to college DJs for at least a year in anticipation. I had the chance to give the album a spin before its official release, and I’ll just say so now; it was worth the wait.

Let’s start with one of my favorite tracks from the record, “In Through the Output.” The title is a cute nod to the Led Zeppelin album In Through the Out Door and the beat of the track itself isn’t all that different from the jazzy experimentations that Jimmy Page played with during the latter part of the band’s run. The tempo is fast and furious but singer Amber Bollinger keeps the melody from going completely off the wall. This song is probably the reason why I’m going to be following everything that Broken Baby record from here on out, but it also serves as a good lynchpin for this album in particular.

“Pass the Acetone” is another song that I couldn’t possibly go without mentioning. Bollinger’s voice is one of the biggest reasons to get your hands on this record, and this song is where we really start to realize just how fantastically good she is with a microphone in her hands. She has a commanding attitude that infects the speakers and makes all of us feel like we’re falling in line with her march. Like a general leading troops into battle, her voice makes us feel like we’re a part of something bigger than ourselves, something important and significant to the furtherance of mankind. Throw in a little neon saturated bass and you’ve got one of the biggest rock songs of the year, and possibly even the latter half of the 2010s.

I really hope that Broken Baby treat us to a national tour soon. America needs to see these guys live if for no other reason than to embrace the sonic ferocity that they bring to the table. The ripple effect that it could have on rock n’ roll in general could be immeasurable, and the only way to find out for certain will be to put this band out on the road where they can find their uncontained groove and run with it as far as they can go. You would have a difficult time getting me to turn down that kind of a show, and I think Broken Baby will find that to be the case almost everywhere they visit.