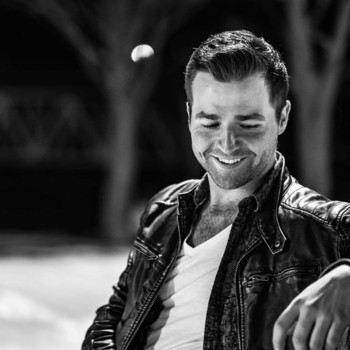 Born and raised on the coast of Southern Maine, 25 year-old pop/country phenomenon Max Ater has quickly taken New England by storm with his powerful voice and lyrics. No stranger to the stage, Max spent his teenage years honing his skills at open mics, community theatre, and at fairs and festivals throughout the state. In 2012, he gained state-wide attention for his performance at “Maine’s Got Talent!” scoring first place with an original song. With the support of friends and family, Max took his original music throughout New England and quickly built a loyal fanbase. In 2013, he released a self-produced EP Up ‘Till Now, debuting his talents not only as a songwriter but for production as well. A few years later, Max was grand champion of Maine’s Soundoff 2016 competition.

Initially inspired by artists such as Norah Jones, Jamie Cullum, and John Mayer, Max discovered his love for a unique style of pop and country after writing and releasing his hit single “Easy” in 2016. The powerful anthem was his first to be recorded with producer Karl Anderson at Anchour Studio in Windham, Maine and the beginning of a productive partnership. Last year, Max signed on with Michigan-based label Prudential Records. Since then he’s continued his work with Anderson and on October 12th will be releasing his five-track EP Small Town, featuring the smash hits “Easy” and “Light Up This Town”.