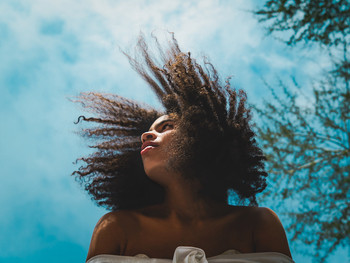 “Paper” is about seeking money to find happiness only to realize that, often, it means losing happiness — and maybe even losing oneself — in the process. It is inspired by my family’s immigration to ‘the promised land,’ and the realization that the promised land is more notorious for breaking promises than it is for keeping them.” Explains the Stanford University engineering major whose family migrated from Zimbabwe to America when Shun was a child.

“When I was five, I made a rule to write a poem a day for the rest of my life,” Shun (rhymes with “moon”) says. Her true passion has always been writing, but as an immigrant, it was not a path that was encouraged or seemed possible. One day, struck by the idea of setting her poetry to music, she bought a keyboard and microphone with the money she was meant to spend on textbooks. Her dorm room served as training ground for a passion she now calls a career.