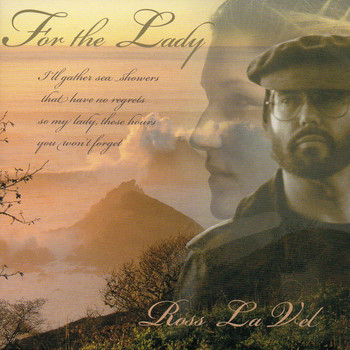 If you’re as devout a music enthusiast as I am, odds are you probably know who Ross La Vel is and just how major an imprint he left on the Australian pop scene that he rocked some three decades ago. But if you’re just a casual listener, you’ve probably got no idea who or what I’m referencing right now. That’s about to change courtesy of La Vel’s new EP For the Lady, which is out at the end of this summer and available to a worldwide audience for the very first time. Ross La Vel has been through a lot in his life and career, and now after paying his dues steadily for longer than most artists of his caliber would ever have to, his sound is getting the international exposure it rightfully deserves.

In the three songs that For the Lady contains, listeners who aren’t particularly familiar with La Vel’s work get a pretty good scope of what is arguably the most criminally underrated singer/songwriter of his time. La Vel’s music has always been steeped in a multi-dimensional affection for avant-garde themes and experimentalism that pushes the boundaries of pop as we traditionally view them, but thanks to this excellent mastering and production we’re able to really appreciate his quirks for all their worth. Songs like “Trains” weren’t designed to fit into a box or play to some commercial element in music, but instead to convey the emotions held so sacred within their songwriter’s soul.

Music has the incredible unparalleled power to make us feel so many different feelings, and Ross La Vel shows us just how much of a wizard he is at harnessing this evocative energy and using it to create rhythms that are as unforgettable as they are moving. All three of the tracks on For the Lady are romantically charged, and through their unique blend of harmonies and contrasting tempos we get a front row seat to the fireworks of love being set off amidst the chemistry of La Vel’s vocals and the instrumentation behind them. It’s an intimidating spectacle to witness, but definitely one that any true sonic disciple would have a difficult time turning down tickets to.

Fans of almost every style of music, from classical to pop, from country to rock will find something to get excited about in For the Lady, and I think this extended play is going to turn out to be one of the surprise success stories of 2018. Ross La Vel might not have the same name recognition that other indie artists of his time have in Europe and the North America, but his influence can be found and felt in so many of those continents’ most established pop heroes. I’m curious to see what happens next for his career and what he decides to do with this renewed interest in his overall discography. No matter what happens though, For the Lady is an excellent jumping off point for new fans and a great roundup for La Vel’s most loyal supporters.