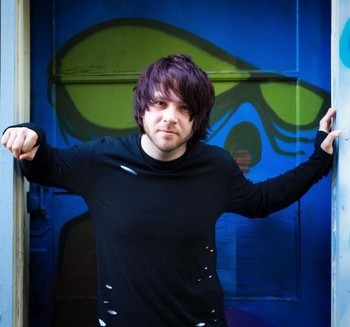 Alt/Pop music act, PostScript (RIYL Owl City, Relient K, One Republic) is led by JT Tollas (also the lead vocalist of Post Hardcore/Metal Outfit, Famous Last Words). With this solo project, JT is dedicated to putting out music with a unique, yet familiar sound, that captivates and delivers substantial/emotional content for listeners of any genre to enjoy and connect to.

Since breaking out into the music scene, Famous Last Words has seen much success with 3 albums reaching top 200 on the Billboard charts, amassing 31 million YouTube views, and 5.6 million streams on Spotify to date. However, 2017 was a year of growth, triumph, and difficult as the band was faced with the decision to leave their label and go completely DIY which caused a lot of pain for JT. While touring with Famous Last Words on the road, the stressors of the tour, label differences, and personal struggles were all too much for him and he contemplated ending his life.

Today, JT is releasing a brand new single and animated music video (created by Zack Williams of ZW Multimedia), which is a visual representation of this moment in his life. “The Witch in The Woods”is a song about reaching a breaking point in one’s life and realizing that you have to hold on for the people in your life that matter most. Within the video and song, the character is in a dream and he is faced with a decision to either take the dark, uncertain road ahead or enter the old run down cabin which is occupied by a witch. The cabin offers shelter but still uncertainty or he can take the path of darkness which represents the unknown. The video/song rep