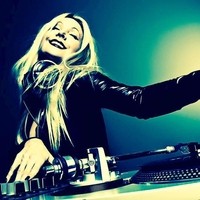 If you’ve been following pop music lately, then you’re more than likely familiar with what has become the biggest and surprisingly the most successful trend of the late 2010s; new wave electronica. No, I’m not talking about some fusion of 80’s synth heavy punk rock and the rave-inspired club music of the 90s. I’m talking about techno’s second wave, which was supposed to have come about roughly 12 years ago but ended up missing in action in the wake of commercial hip-hop’s massive explosion in popularity. The time for electronic beats reimagined in 21st century technicolor is now, and perhaps no other artist in the scene is garnering more attention from both critics and fans than NIK:11, whose new single “4Play” has been burning up the charts this summer.

NIK:11 might not have been intending to do so, but she straight up dropped a game changer when she decided to release “4Play.” Unlike a lot of her contemporaries’ latest works, “4Play” is a decidedly accessible track that has the potential to connect techno with a lot of new fans who might not have shown much interest in electronica prior to its release. There aren’t any overly stimulating basslines or jarring blasts of white noise to keep her music from being somewhat radio friendly, but at the same time she hasn’t sound out her roots to find some success in the mainstream pop music world, either. NIK:11 stays true to her ethos and still manages to deliver something that is forward-thinking and unabashedly unique.

“4Play,” as I’ve mentioned, sports a great deal of crossover appeal that just isn’t present in the majority of electronic singles that I’ve had the chance to listen to and review in 2018, and it couldn’t be a better time for a song of its sprawling construction to be unleashed to the general public. Pop has been overwhelmed with a wave of thoroughly minimalist-minded artists who are rejecting the concept of enormity in music, and the club scene has been suffering for it. “4Play” doesn’t restrict itself or close itself into any specific set of parameters. Instead, once NIK:11 gets going, she can’t be stopped, and her swagger is allowed to run wild to the beat of her own drum.

With so many new artists competing for a handful of spots in the hierarchy of pop music, it can be hard to keep up with whose gaining more leverage over the rest of the pack. NIK:11’s hype doesn’t leave much room for interpretation though, simply because she tends to live up to its grandeur every single time. “4Play” is some of her very best work yet, and it actually exceeds the high standard of practice that her longtime supporters have come to expect from her. Whether you’ve been with her since the beginning or are just discovering her music for the very first time, I think you’re going to like what you hear in this new single. I know I did, and I’m not the only music critic who’s saying so.