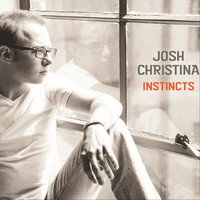 Have you ever travelled to the Northeast portions of the United States of America and realized that some 400 years earlier, those parts were the very first portions that were inhibited in the then colonies? In particular, when visiting the nation’s capital, known as the “DMV,” the clusters of the areas make up some of the most iconic parts of the United States. The District of Columbia, Virginia, and Maryland all host some of the most amazing musical sounds in the history of music and the Baltimore, Maryland area has something really special with the Artist, Josh Christina, who has just released an eclectic rockabilly album called, “Instincts.”

Josh Christina, a native of Baltimore, Maryland, is probably one of the most impressive pianists right alongside some of the most well-known Rock and Roll artists of yesterday and today! Names that come to mind when first listening to the brilliant 11 song album by Josh Christina include Elvis Presley, Little Richard, and the famous Jerry Lee Lewis all in one super performance!. What is most appreciated about Josh is the fact that his sound is unique and very modern in presentation but gives the listener an era of true music.

Opening the splendid album is the song, “Friend Zone.” Anyone that has been placed in the friend zone of relationships before truly understands that some things can’t be spoken however Josh Christina has commanded the ears when the opening piano comes in! The style of playing on this recording is energy based that it causes an instant reaction of dancing and movement! The production is incredible however the fact that it was recorded live is even more impressive as it is really hard playing in the style of the rock and roll manner that Josh plays in! Great opener and a truly important message!

The next few tracks include the album title, ‘Counting Sheep, Letters, Spic and Span, and Rich Man’s Daughter.’ In ‘Counting Sheep,’ a truly rockabilly treat is the best way to describe it as it felt exactly like a 1950’s sock hop! The feel is all the way Rock and Roll, but so modern that it is almost mistaken for a Billboard Top 40 hit! The organ is very impressive alongside the piano style, and the backing band truly put on a real show! Great work! ‘Letters’ is a very jazz influenced sounding ballad…An opening guitar solo sends chills as the strong words flow from Josh’s mind. Here is a true favorite as it reminds of the times when slow dancing was done on Friday nights. ‘Spic and Span’ is yet another favorite! Rocking from the first piano riff, this true bluesy number is that song to play when getting dressed! It just causes a smile and once that happens, it is hard to stop! ‘Rich Man’s Daughter’ is a song about the title…A girl used to having the entire world, but not getting everything that she desires is the theme in this song that truly is heartfelt yet a real message.

The next portion of the album showcases ‘Love is Funny, Blasted in the Basement, The Good Book, the album title, Instincts, and School’s Out.’ ‘Love is Funny’ is a heavy piano blued based song. The Hammond Organ is accenting the piano but the sparkle comes from the out-front vocals that Josh places out. Another favorite as the song is basically his feelings toward love. ‘Blasted in the Basement’ brings back the party swing with the upbeat kicking drums and heavy piano! This song is another feel-good song that simply says “Blasted in the basement, underneath the pavement…Someone turn the radio on…Someone tell me what’s going on….” Direct lyrics that tell you that someone was actually having a pretty good time in that basement! Good stuff! ‘The Good Book’ speaks just about for itself! This Christian song discusses just how there’s nothing wrong with being Christian but also doesn’t mean a person “doesn’t love a good time,” more direct lyrics from ‘The Good Book.’ ‘Instincts’ goes back to heartfelt lyrics about how to deal with losses from a relationship. The piano, guitar, and Hammond Organ are all very smooth, direct, and very appreciated because of the authenticity of the lyrics sung! Another favorite! Lastly, ‘School’s Out’ is that song that every child in the world needs to hear as the school year is kicking off all over the world right now! And even more important is the fun piano solo that could truly feature a ton of teachers playing along with dancing too! An all-around fun song that kicks the summer off correctly! Superb!

The very last song on the album is a true dream as it features the legendary sounds again of legendary musicians! Josh Christina hammers the piano with his amazing band and plays such an impressive solo that Elvis would probably come back from the grave to sing! This medley includes crowd favorites such as “Hound Dog, Long Tall Sally, Johnny Be Good, and Whole Lotta Shakin” in such a way that Chuck Berry would also be proud! So much history is felt in this project and the greatest part is that Josh brings originality to the table as his dedication to true lyrics and musicianship just proves that he an artist here to stay!

Josh Christina is just that artist that brings fun, energy, true musicianship, and excitement with his sound. No matter the circumstance, his music is the type that will make people smile, laugh, and dance a ton! Because he is a major pianist, it would be a wise decision to check him out live in person as his piano skills alone showcase a person that has spent a long time perfecting his craft! The new album called ‘Instincts’ is a very respectable album and I highly recommend you to take a listen to it, as it will make a lot of smiles come forward!