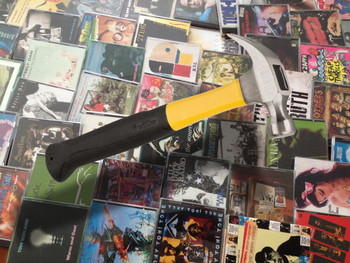 “Streaming” doesn’t define what you receive – rather how you receive it. Your parents stream classic Hitchcock movies via Netflix to their laptops, while you might be streaming Post Malone’s “Psycho” to your earbuds from your iPhone as you stand in line for a Caffè Americano at Starbucks.  The term ‘streaming’ originates from the 1980’s and was used to describe managing computer tape drive speed to save production costs. In the 90’s we adopted the term to describe video streaming, enabling viewers to start watching a movie before the entire file had been downloaded.

Given the vastness of the potential audience, both National in the US and Worldwide, for streaming media, hundreds of companies have been formed to exploit the commercial possibilities of the distribution of music, movies and software using streaming technologies. Xbox Music, iTunes Radio, Groove Music, Grooveshark, Rara, Musicovery, MOG, Thumbplay, Rdio, Rhapsody and Yahoo! Music Unlimited are all companies that have either been shut down, or absorbed and merged into other larger and more successful companies. The most successful streaming companies right now are Netflix, Hulu, Amazon Prime Video, iTunes and HBO Now. The last time I checked there were about 50 music streaming companies actively chasing the same audience. From the companies’ perspective the audience can be monetized by single stream or download purchase, subscription accounts, advertising to the audience and/or selling the audience data to third party for analysis or for re-marketing or up-selling. Reuters reported iRobot, the household auto-floor-cleaning robotic device, is selling users’ frequency of use, room shape and size data to Amazon, Apple or Facebook! Thanks to the Cambridge Analytics scandal Apple finally got around to removing apps in March 2018, from its online store that were in the business of reselling user data to other companies.

The advantages of streaming to the audience are mostly obvious. There is an inexhaustible catalog to explore which is being added to faster than is possible for us to absorb. The free, micropayments or subscription deals seriously undercut the costs of purchasing the same content on physical media. Transportation of the content is immediate. Access points are ubiquitous.  Multiple devices can access the same user accounts.

Drake’s fifth album “Scorpion” logged 435 million streams in the first three days of it’s release on June 29. Can you imagine the costs of pressing, packaging and distributing over 400 million physical copies of the same data worldwide over the period of three days. Impossible for a single commercial company. (Author note: I was Production Manager for Rykodisc, the very first music CD company in the USA, with artists including Frank Zappa, David Bowie and Yoko Ono, before the company was sold and folded and eventually picked up by Rhino Records.) During the same three days the physical sales of “Scorpion” was a mere 8,000 units, barely enough for a touring indie band to stay afloat.

Just by a back-of-the-envelope calculation, Drake’s sales of Scorpion in those there days would have represented income to him of $4,000 for CD sales and $2,131,500 for streaming, based on Spotify’s single stream of around  $0.0049 per spin. Spotify doesn’t make money from “plays” it makes money from subscriptions. The subscription revenue is pooled, and after overhead and infrastructure costs are taken out (30% appx.) – the remaining money is distributed among artists based on their proportion of plays from Spotify’s catalog.

So if you’re a new artist, with little name recognition and low sales, you shouldn’t expect streaming to generate income for you. Your return on your recording investment will come best from physical sales at shows and through the mail. But as you climb up the food chain – by Drake’s example there will be a time when you might be able to ignore the physical world of vinyl, tape, glass, petroleum based units and plastic.