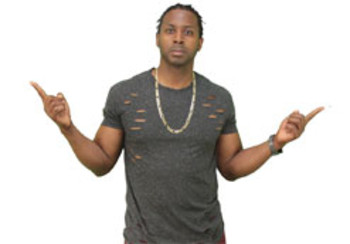 Originally from the Bahamas, IBRU blends reggae, dancehall, and hip-hop with a touch of pop influences for a sound best described as reggae fusion. He gained substantial knowledge about himself through being an Iraqi War veteran, and managed to come out a stronger man, sharing his experiences with the world through his music.With the energy of a ravenous pit bull, he has seen combat but is now ready to fight the good fight in the music industry.

Growing up, IBRU looked up to his grandmother for strength, support, and direction. His vigor and work ethic acted as the foundation of his central personality as he grew up and evolved into the force he is present day. His military service transformed him into a powerhouse as he dealt with extreme heat, trenches, and unsafe living environments while performing his duties in battle. IBRU has seen it all and is no stranger to rising up from the struggles of life, offering guidance through his music. Not only has he served his country, he has a Master’s degree in business leadership which he is now applying to his music career. His recent singles – the vibrant “My Life,” the revengeful “She Nah Leave Mi”, and the wholesome “Apologize” – are all teasers to his forthcoming debut album Life Story and set up the foundation for his recent heavy video release, “War and Violence.”