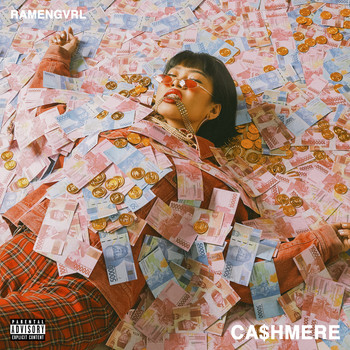 As one of the only female MC’s in Indonesia, Ramengvrl is diving into uncharted territories. she’s real young too (just graduated college!) which is very unusual. She kinda seems like that “cool girl” who would listen to listen to her Zune near the wall during recess and probably had a chain wallet. She started off not even liking hip-hop until listening to Kanye West, then ventured into Tyler the Creator, Charli XCX and M.I.A. territory where you can see the influences clearly in her music. Kind of pop, kind of rap, totally badass. Ramengvrl is trying to break into new markets, leaving a blazing trail behind her all the way back to Jakarta.

“I wanted to make a feel-good type song, just brag about yourself but with attitude. I feel like these days people got money but don’t really know how to flex and maintain their flex. Like ok you got cash but don’t be stupid, why you cop those Yeezy’s but don’t spare money for your basic needs? Something like that.

I was so inspired by G-Eazy “No Limit” and NERD “Lemon”, I thought those tracks really make the listeners move and I did want to create a track with the same kind of impact.”