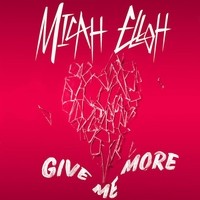 In a dizzying but genuinely mesmerizing tizzy of colors, immersive beats and soulful vocals, Micah Elloh simply stuns in his new single “Give Me More,” a song that goes a long way to establishing its songwriter as one of the premier artists to follow in 2018. The Brazilian native isn’t messing around here; “Give Me More” packs a powerful punch of emotionally charged power pop compressed into some of the slickest R&B vibes that you’re going to hear this summer, and personally I haven’t been able to shake its infectiously catchy beat since I first heard it last week. Elloh says that he’s always been attracted to music since he was a young boy, and you can definitely tell that it’s the truth when you hear him croon. There’s so much passion, so much devotion to his craft, and all of his love for the music is ever present in each of the carefully structured melodies that make up the foundation of his style. I had the opportunity to really examine “Give Me More” with the attention that a song as elegantly designed as it is deserves, and I must say that not only was I impressed by the amount of skill that Elloh demonstrates in this single, but I was flat out blown away by his brilliant use of contrast and sonic modulation to create a song that is as mind bending as it is dance inspiring.

Indie artists face a lot of pressure and competition, and more than ever before it’s an unforgiving market that was never intended to be filled with as many acts as it is, and there isn’t room to make everyone a superstar. But out of the masses, the enormous crowds of performers who span the globe and all search for the same ultimate goal of fame, the truly gifted ones among them always find a way to rise to the surface and make their statement known. They don’t have to have the loudest voice, or even the most thought out approach to the game, but they’ve got to have the heart, the charisma, and the same soul that the legends of pop music possessed. Ever star has it in common, and listening to “Give Me More,” there’s no doubt in my mind that Micah Elloh has this very important trait that countless others have only dreamed of and prayed for. He can build a career around the rich timber of his voice, and from the looks of it that is precisely what he’s doing. Listening to a track like this makes me want to hear more of his work, and further to have a glimpse at how much depth he really has as a performer. Based on the bones of “Give Me More,” this is a man who could easily own the acoustic setting just as well as he does the dark thrill of the club. He could get even more experimental than this, try to develop something significantly more avant-garde, or he could straight up commit to making radio friendly pop. With talent like this, the possibilities really are endless, and “Give Me More” ironically represents the listeners’ general feelings after taking in its glorious tones.