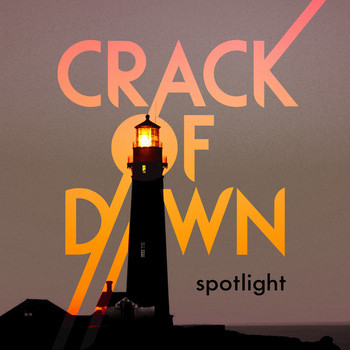 Crack of Dawn’s 1976 debut established them as not only one of the most formidable musical units to emerge from Canada, but as an invigorating and creative force on the R&B/funk scene. They scored considerable critical praise and a string of hits during their initial incarnation and, returning to the scene in 2013 after a long-term absence, longtime listeners will find Crack of Dawn has surrender none of their power or artistry during their layoff. If anything, their new album Spotlight is an advance, or better still a refinement, of the methods and process fueling their early success. The nine piece features Carl Harvey and Rupert Harvey on lead and rhythm guitar respectively, Michael Dunston on vocals, Bela Hajmann’s keyboards, Alexis Baro on trumpet, Trevor Daley on trombone, Alvin Jones playing saxophone, and a rhythm section of bassist Charles Sinclair and drummer Carl Otway. The nine men bring the full force of decades playing music to bear on this collection and one finishes listening to Spotlight sure these songs translate magnificently to live performance.

Opening the album with the song “Crack of Dawn” quickly seems like a no-brainer and they’ve crafted a song worthy of bearing the band’s name. One of the best parts of this song, for me, is how adeptly they straddle the line between tasteful, artistic restraint and conveying joyful energy you hear in every bar of the song. Michael Dunston, the band’s singer, sounds freed in particularly and unleashes a performance potentially capable of waking coma patients. The opener has a stronger R&B influence than the two numbers that follow – both “Somebody’s Watching” and “Booby Ruby” are dyed in the wool funk gems, though the former softens the approach more than the latter. “Booby Ruby” is an unabashed romp and Charles Sinclair’s bass pumps in a masterful way throughout the song, yet never gets self-indulgent or overzealous. “Keep the Faith” flirts with some of the weaker influences in the band’s wheelhouse, gospel, but never comes across as religious. Instead, the songwriting uses the musical and lyrical language of the style for a soulful R&B tune that gives Dunston ample room to explore his talents.

“Ol’ Skool” has a cool, relaxed R&B slant and a nice melody largely carried by the keyboards, but Michael Dunston gives listeners another empathic vocal certainly showing his mastery of singing R&B material. The funk influences we hear in earlier songs like “Booby Ruby” are scarcely in evidence on “Ol’ Skool” and the band shows themselves to be every bit as skilled with R&B trappings. I find “Seasons’ Change” to be the album’s best song, a note perfect realization of the band’s R&B sound with meaningful lyrical content Dunston gets across with feeling. The luxurious unfolding of the song is never rushed and has quite an effect on listeners. Crack of Dawn closes the album with “Changes”, a lively R&B tune with an understated funk sound and complimentary backing vocals. Carl Harvey’s salvos of fiery lead guitar put a bold exclamation point on the song and it makes for a potent closer. Crack of Dawn’s Spotlight knocks it out of the park and seems certain to win over a new generation of fans for the band.