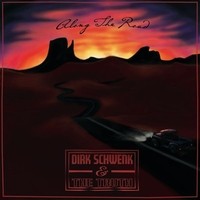 The new EP release from award winning singer/songwriter Dirk Schwenk and his band The Truth, Along the Road, is a five song effort plumbing deep into modern American life and Schwenk’s own character. The revealing and often inspired nature of these songs are further fleshed out by the superb accompaniment Schwenk benefits from with his band The Truth and they play their role with considerable skill and artful restraint. The Southern rock flavor of Along the Road never comes off as unduly strained or overwrought; instead, the musical arrangements are well tailored to the material, avoid clichés, and ring out with the sort of authenticity we rarely hear from acts in 2018. The initial impetus for the EP lies with Schwenk’s viewing of Marley, a documentary chronicling the life of legendary reggae pioneer and songwriter Bob Marley, and you can hear the same sort of commitment in the energized way Schwenk deals with his songs.

The Annapolis, Maryland based five piece kicks off the EP with the song “Table Set for Two” and Schwenk’s smooth, bell-clear voice communicates a tremendous amount of emotion without ever straining for effect. He shows a canny knack for effective phrasing, emphasizing only the most dramatic turns in the lyric, and the airy accompaniment he receives from the band finds its mark. A short though memorable guitar solo, stepped in blues rock tradition, punctuates the song just after its mid way point. The acoustic sounds and slide guitar in the second track “The River” further testifies to the influence of the blues on Schwenk’s music, but it isn’t a purist’s ride. Instead, Schwenk and his band stamp it with their own identity, the rockier side of their musical DNA always lurking just beneath the surface, and the lyrics are particularly exceptional as well. Two songs in and Along the Road already stands among the best short-form releases you’ll hear in the roots music category this year.

The EP’s mid way point brings us the track “I Am Graced” and it has a near-waltz quality at first before settling into a lightly balladic groove. Schwenk’s singing is strong, once again, but there’s some important contributions from backing vocals further enhancing the cut. The EP’s nominal title song, “Along the Road She Comes”, has a much more deliberate and straight-forward tempo than the preceding song and Schwenk manages to work in some of that “high lonesome sound” into another stellar singing performance. The finale “Flag on a Hill” has an accompanying lyric video and, obviously, is positioned as being one of the EP’s marquee numbers, but it’s a little too self conscious for its own good despite another winning performance from both Schwenk and the band. It’s obviously sincere, however, and Schwenk gets across his patriotism without ever falling on any particular side of the political fence. Thankfully. This is a worthwhile release for anyone interested in Americana music and stands apart from the pack thanks to its overall intelligent and thoughtful songwriting.