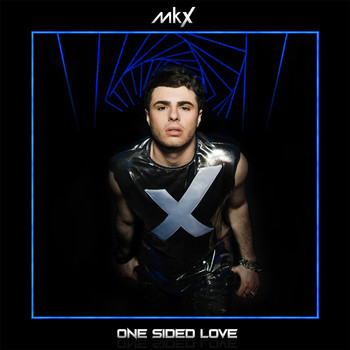 Driven by an endlessly heartfelt passion that has generated so much buzz around his very young career, MkX is looking to change the game with his new single “One Sided Love,” dropping just in time for the summer heat and all of the carefree nights on the dance floor. MkX might be a relatively new face in the music industry, but his ascension to the top has been a long time in the making, starting long before he ever embarked on this ambitious solo project he’s engaging in today. He’s put in the hours, and now he’s ready to make the jump into primetime with a track that fearlessly looks ahead into the future of pop with no inhibitions to hold it back.

Whether or not pop is ready for, the jarring, primal beats of MkX his epic beats are coming, and “One Sided Love” is ushering in their first appearance on the radio charts. There’s been such a vibe of stagnation in pop for the last few years that honestly I feel like this artist, and this track could be coming at the exact perfect crossroads to ensure his place in the new era of music coming in 2020. We’ve seen a handful of artists hint at the notion, but “One Sided Love” fully realizes the concept that melody and intensity can indeed be friendly with each other on a single track without coming off as too multidimensional for casual music listeners to find appealing. The ones who have tried it haven’t succeeded in coming up with a product that’s as sinfully delicious as this track as is, and I think that after it gets into regular rotation on radio stations from one side of the Atlantic to the other, a lot of his competitors might just find the bar has been set too high for them to compete any longer.

While in real life, One Sided Love is the kind of love that always fails no matter how much two people try to dilute themselves into thinking otherwise, MkX’s “One Sided Love” fires on every cylinder and overwhelmingly satisfies all of the wants and desires of the average pop music fan as well as the sophisticated audio enthusiast. In a beautiful marriage of cool, youthful production values and catchy lyrics that are not only easy to remember but also very relatable to any of us who ever been in love with someone for all the wrong reasons. It’s that combination that tends to push artists who have an expert skillset with a microphone over the top, and MkX even has that going for him. From where I’m standing it looks like his career has nowhere to go but up, and audiences everywhere are going to be the ones to benefit from his continued exposure. With already half a million hits on Spotify as it is, it shouldn’t be too long before he’s hijacking both sides of the dial and planting his presence firmly in the pop culture spectrum.