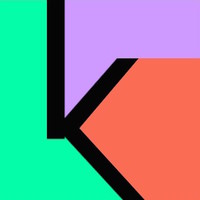 “Sex”, the succinctly titled new single from New York City based indie alt-pop trio kingkween, builds on the considerable success experienced by the last single “Wild One” and points the way to the outfit’s bright future. kingkween was initially conceived in 2011 by collaborators lead vocalist KT Mulholland and producer/musician Captain Hitz. Drummer Rob Steadman joined them after the release of kingkween’s debut EP A La Carte and his presence transformed the project’s sound in a fundamental way. kingkween brings rock rhythms together with a strong independent music ethos fully divorced from the remnants of major labels and anything resembling Top 40 pabulum, but their earlier work and new single alike are accessible to anyone willing to give their music a chance. There’s a clear intention to entertain listeners with their imaginative sound and musical attack, but there’s a darker side to the trio’s music as well far outstripping shallower and lackluster efforts from other performers working in this vein.

Some of the aforementioned seriousness of intent is reflected in the song’s length. Despite a nearly five minute running time, there’s never any sense of the trio overreaching and listeners will be pleased with the song’s obvious abundance. Rob Steadman’s drumming sets a consistent pulse for the song without ever trying to dominate and drops some discreet, simple fills into the song providing an extra blast of urgency at key points. Mulholland’s voice has a pleading, yearning quality that’s impossible to ignore and male backing vocals, much more buried in the mix, nicely strengthen her efforts without ever calling too much attention to themselves. Mulholland especially distinguishes herself during the song’s chorus and serves up some playful scatting near the song’s conclusion.

The juxtaposition of Rob Steadman’s live drums against the electronic aspects of the song is quite successful and his drumming shapes the song in a way it would lack with digitized or sampled percussion. kingkween’s approach to electronica is refreshingly tasteful. Instead of layering the song with sheets of synthesizer lines, Mulholland and her collaborators opt for a more atmospheric and suggestive slant emphasizing color instead of simply overwhelming listeners. The nearly five minute running time never seems so long because the trio draws you into the song from the first and hold your attention throughout. kingkween’s first full length album is due soon and, if “Sex” is a preview of what’s to come, we are in store for an impressive musical statement from this talented trio.