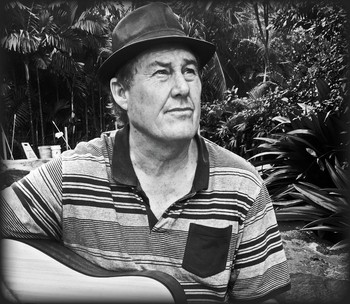 Andy Michaels is not your run-of-the-mill artist he has captured the nuances of various genres and created a recipe of fun music. He has been compared to such legends like Peter Gabriel and Coldplay. Even though he is flattered by the comparison he strongly believes that music is always evolving and never good to be cornered into stereotypes.

He has been playing guitar since a young boy yet before he can reach his 20th birthday he suffered a terrible accident. But that accident did not cause him to lose hope on that which he most loved, music.

“I guess in hindsight it was a blessing in some ways that during my convalescing, music went from nowhere to becoming my main focus in life. I had found something that not only helped my recovery, but it kept me stimulated and motivated through a most painful, difficult and emotional time. Playing and performing became, and still is, my best medicine.”

This is very true as it has been shown in his music. Currently, he has released a new album entitled “Revisited”. This album has caused a bit of a stir in the music world. It has a potpourri of interesting songs that touch upon every aspect of life. Andy commented that be was trying to create a music opera of sorts that were popular with such legends like Queen and Pink Floyd.

So far, his music has received international airplay in Australia, USA, England, Canada, South Africa, Switzerland and Netherlands. He was also a special guest on the Jimmy Star Show where he performed some of his songs off the “Revisited” album. As far as touring Andy is looking to combine the current album with another due out at the end of 2018 so he can go out with a full plate and perform.

“I have already started work on my next Album which should be completed by the end of this year. After that is finished, then by early next year I will be looking at touring anywhere that wants me. I think It is better to perform with 30 + songs under my belt, rather than just one Album.”

The current release can be enjoyed by just about anyone. He has sprinkled it with various genres from rock to blues. He also enlisted the vocals of Kerrie Ironside for one of his ballads “Angel”. His talent as a guitarist is evident throughout the album. As far as lyrics it is no surprise that they flow like honey. Andy’s poetry has been published by the International Library of Poetry, USA. If your looking for fun and inspiring music which are in dire need nowadays visit Andy Michaels site and enjoy.