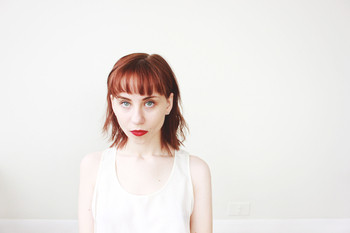 Detroit native Alex Maniak aka Shortly is excited to drop her new song “Spare Time” today, her first offering of new music since signing to New York’s Triple Crown Records last year. The track was produced by Hop Along guitarist Joe Reinhart (Modern Baseball, Smidley, Algernon Cadwallader) at The Headroom in Philadelphia, PA – along with “Spare Time,” the duo worked together on an entire set of songs that will be released throughout the year. Following an appearance at this weekend’s BLED FEST in Michigan, Shortly will embark on a quick Northeast run that hits NYC on May 30th – leading up to performances at Cleveland’s Spring Fling Festival and Chicago’s Do Division Street Fest with the likes of The Front Bottoms, Ted Leo, and Deerhoof. Shortly will then head out on a Midwest run with Bad Bad Hats before joining Bon Iver, Alvvays, Vince Staples and more on July 28th at the Mo Pop Festival in her home city.

Maniak has been an artist for most of her life but became disillusioned with the music industry and the affect it was having on her art – she decided to take a step back, teach herself how to play the piano, and find her own voice. “My name had become connected to music I didn’t identify with” she says, “the music had become so commercial and something really driven by monetary gain.” In 2016 Maniak found that new voice with Shortly, releasing her debut track “Matthew” and playing alongside The Decemberists, Phoebe Bridgers, Mitski, and more. On “Spare Time,” Maniak further delves into the emotionally complex lyricism and ethereal songwriting that makes Shortly so special and honest – “If I get happy, I pick up my guitar. If I get sad, I pick up my guitar. I breathe, and I pick up my guitar” she says, “It’s just what I do. No one else could write these songs, because they’re not me.”