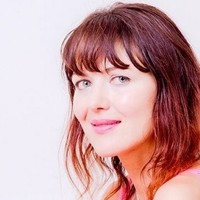 The single “Summer Time” from European born Elvira kalnik’s album Magical Child is a potent track serving notice to the music listening world that she’s far more than merely a facile bidding pop diva. She’s more than just a singer; this young musical artist is a talented songwriter as well and her skills get an invigorating and across the board work out with this fresh single. It isn’t readily apparent hearing this performance, but Kalnik has considerable chops backing up her performance gleaned from opera study and other aspects of a classical music education. She wrote her first song at the age of thirteen and produced her first album just before turning fifteen years old, so she’s off to a prodigious start. There’s nothing about “Summer Time” indicating she won’t be able to maintain the pace and same high level of creativity. She’s a songwriter, model, producer, and entrepreneur – there’s no question that the future burns bright with promise for Elvira Kalnik.

The youthful exuberance burning in the heart of this song is as old as popular song itself, but the subject never gets old for a reason. It’s because for five of every cliché ridden song about summer you can think of, there’s occasionally a convincing or even transcendent one that comes along and makes you remember why you like these songs anyway. It isn’t a song exclusively tailored to younger listeners – even those in their thirties and beyond can connect to this is as full on musical treat with some substance backing it up vocally, instrumentally, and even lyrically. It’s rather astonishing to say about such a young performer, but Kalnik is already a complete artist and her growth potential from this point forward is staggering. There’s an almost supernatural focus about the way she brings off this song and the unique qualities of her voice and charisma will catch eyes and ears alike where she goes from here.

She’s obviously worked hard to bring a significant part of herself to this song and it makes for a more invigorating listen. The words for “Summer Time” are a cut above typical fodder in this style or pop music in general without ever subverting the primacy of both the singing and musical arrangement for the track. Production issues are completely absent as not only has exquisite attention been paid to striking a good balance between the competing sounds, but minimal post-production work results in a song that sounds very natural despite the presence of pre-programmed elements. Elvira Kalnik’s music is human, through and through, and “Summer Time” touches on something personal in any one who hears it while, likewise, jolting their bodies and giving their pulse a lift. It’s a short and to the point tune, running only a little over three minutes, and makes a memorable impact on listeners without ever becoming overwhelming. Whatever comes next from this performer is likely just as good, if not better.