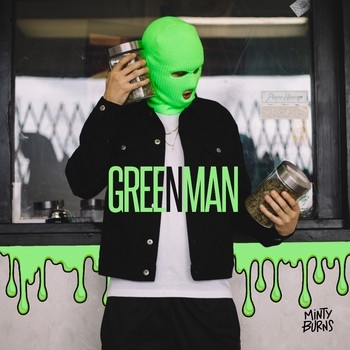 Minty Burns is the stoner rapper you’ve been waiting for. Curious and captivating, the Toronto artist has been releasing music since 2014 and made waves with his collaborations with Zoey Dollaz, Lil Duke, and Big Lean. Since his debut album The Golden Ticket, Minty has accumulated over 500K streams across Spotify and SoundCloud, and built a loyal following among stoner rap fans. Spending his time across Toronto, Los Angeles, and New York, Minty Burns has been able to make his mark from coast to coast within the music and cannabis scenes alike.

Minty Burns also designs and manages his own clothing line, The Dispensary, which is currently sold online and in cannabis shops around Toronto. This year, Minty will be taking The Dispensary brand to the next level by releasing more merch, custom pieces, and announcing a mixtape of the same name! Minty has already released singles “Green Man” and “Shot Of My Life” to critical acclaim and is ready to share more from The Dispensary. 2018 is going to be a huge year for the Toronto native, keep up!