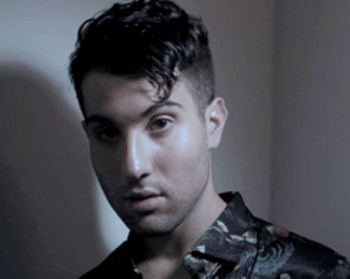 Relationships can be difficult. The ebb and flow of two people intertwining their lives can make for the highest of highs, but what goes up must come down, and a fallout of love can bring people to the lowest of lows. These situations become more complicated when there is a third love in the mix…alcohol. In his heartbreaking new single, “Crazy”, New Jersey’s own Myles Marcus touches upon the difficulties of being with someone who struggles with addiction and the harsh realities of growing up in a world torn asunder.

Myles Marcus has been playing music since he was a kid. At 13 he began releasing covers on the internet and at 14 he released his first original single, “Jump.” It was at this point that he began collaborating with Roy “Royalty” Hamilton. Hamilton is a world-renowned producer, musician, and former Director of A&R at Capitol Records. He has worked with the likes of Britney Spears, Micheal Jackson, NSYNC and Cheetah Girls, just to name a few.

After working with Roy throughout his teens, Myles went on to attend Berklee College of Music in Boston, Massachusetts from 2011 to 2015. He describes his experience at college as “four years of songwriting boot-camp.” After college, Mr. Hamilton signed Myles to an artist development deal up in Toronto, Canada. His move to Toronto was that of a true starving artist; Living on a couch, no friends, and left with nothing but his songs and a dream. It was this time of struggle that brewed an undying hunger for success in the industry that can be considerably unforgiving.