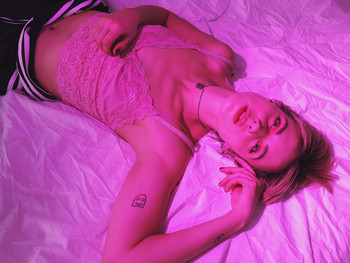 Fresh from a North American co-headline tour with close friend and longtime collaborator Cashmere Cat, MØ is currently touring the U.K. and set to play Coachella in April. “Nostalgia” follows her recent EP When I Was Young, released last fall to great critical acclaim, as well as collaborations with Diplo (“Get It Right”), Charli XCX (“Porsche”), Jack Antonoff (“Never Fall In Love”), ALMA (“Dance For Me”) and Noah Cyrus (“We Are F**ked”). Further new music from MØ is set for release this year.

Hailing from Funen, Denmark, MØ is Karen Marie Ørsted. Her debut album, No Mythologies To Follow, was released in 2014 to great critical success and followed up with star turns on Major Lazer’s smash hits “Cold Water” and “Lean On,” one of the most successful songs of all time.