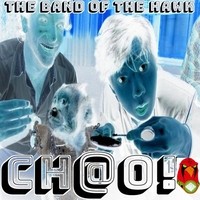 Listen and enjoy to the brand new hip hop track CH@O! by The Band of the Hawk.

By the ending of 2017, the Band of the Hawk, the famous Hip Hop band, released their music album #BOHUP (Band of the Hawk Underground Pyramid Crew). The album brought out the talent of famous BOHUP artists. It included 13 amazing songs, with astounding titles, which you would listen at a time, out of curiosity. And now, recently, the Band of the Hawk has released a new fresh Hip Hop track, titled CH@O!

The title is a bit unconventional, so its melody and lyric, completely fresh that you will find no resemblance to any other songs of the Band of the Hawk. This song is the lead card for the next release of the #BOHUP Vol.2. This single song is a quite a nice preview of what the Band of the Hawk Pyramid Crew is going to launch this year.

Like the other musical presentation of the Band of the Hawk, the influence of the east-west lyrics and the west coast swag is clearly noticeable in CH@O! The song opens with a conscious and awakening spirit. The most interesting part is that this song is a single music track reflecting the talent of seven individual singers. It indicates that the upcoming music album will hold 100% the Hip-Hop and rap, at their best.

Although the same melody and beat remain consistent throughout the song, no ups, no down, CH@O! has become the stage where various artists along with their various style, got their moment to shine. It is quite an innovative way to give the audience a proper introduction to the upcoming album of the Band of the Hawk.

Talking about the beat, CH@O! comes with a heavy bass, and the traditional Hip Hop bold tone. Despite various artists has shown their talent for the verse of words, it has not bothered the general melody and beat of the song.

The concept and the beat of this soundtrack make it special among the Hip Hop lovers. It doesn’t differ much from the conventional rap songs, a heavy bass with a rapid beat, pausing now and then, but never falters for a single moment.
There is nothing much to say about the song but of its artists. In fact, CH@O! is a compact musical presentation of the strength of the powerful rap artists, who have poured their talent into the song till the last drop. And this song has increased the thirst for original Hip Hop song even more than ever before. It has become impossible and agonizing to wait for the whole music album to release.

On the whole, the Band of the Hawk has released another soundtrack, revealing their potential, strength that has made them distinct in the world of Hip-Hop. CH@O! reflects a unique presentation of what the Band of the Hawk is going to explore in the Hip-Hop genre, in their next music album. The novelty style of presenting the individual talent of various artists on a single platter is worthy of receiving a big applaud. If you want to listen 100% raw Hip-Hop, this song is perfect for you.