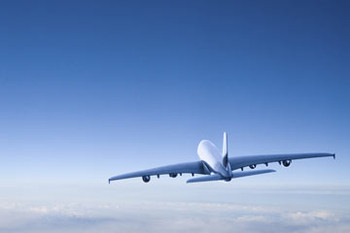 In an ideal world, travel would be a blissful and carefree experience. We wouldn’t have to worry about being targeted by scammers because we look like an easy mark. We wouldn’t have to hold our bags and purses really close to our bodies to avoid losing them to a thief on a crowded city street. We could just be ourselves and enjoy our trip, regardless of if “being ourselves” means acting like a soccer mom from Wisconsin or a hipster vegan from Brooklyn. In reality, though, travel comes with risks. There are plenty of places that are generally very safe and welcoming, but that doesn’t mean you won’t find patches of trouble. Bad guys look for people who seem out of their element. As a tourist, that’s definitely you. There are ways to lessen the danger without denying yourself much (or any) fun.

Go under the radar

Times Square in New York is a hugely popular tourist spot, which means it’s also a hugely popular spot for people with bad intentions to camp out and wait for a target. For instance, if a man in Times Square offers to sell you a brand name luxury watch, always say no. He’s not trying to help you out. He wants to rip you off and pocket the cash. Places like the Statue of Liberty and Central Park can have similar issues. That doesn’t mean you should avoid top tourists spots, but don’t spend all your time at those places. If possible, live like a local. The best way to do that is to have a local friend who can be your unofficial tour guide. They’ll tell you to skip Restaurant A because it’s a tourist trap and go to Restaurant B instead, because that’s where the people who live in the neighborhood go to eat and drink with pals. If you’re visiting a friend in Hawaii, you can still carve out time in your schedule for Advanced Surf Lessons or a luau, but know that there’s more to the average Hawaiian’s life than stuff like that.

Be aware of yourself

Americans often have a reputation for lacking a certain sense of self-awareness when we travel internationally. That’s not always fair, but there is something to it. A guy walking around London in a “USA” T-shirt is definitely going to stand out. Try not to do or wear anything that screams, “I’m not from here!” It may still be apparent, but apparent isn’t the same thing as glaringly obvious. Don’t go into a French restaurant in Paris and demand a cheeseburger. You’re traveling because you want to experience other cultures; that means experiencing different types of food, too.

Standing out isn’t always a huge deal. Some places have way more of a tourist population than a permanent population. Mackinac Island, Michigan, only has about 500 residents, so they’re not going to be too fazed by the sight of someone walking back to their Mackinac island hotel wearing a tourist’s fanny pack. Generally speaking, you should pay more attention to yourself when traveling outside the country. Be courteous and do research on local norms. Some culture clashes will be inevitable, but you don’t want to constantly find yourself in awkward situations.