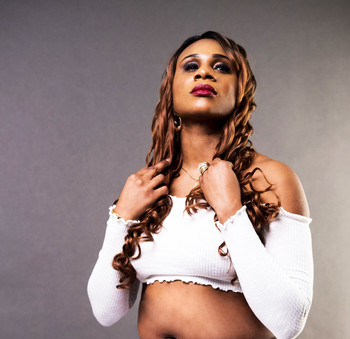 As a vocalist and songwriter for major and independent labels and producers, I find myself whipping up a growing collection of unique toplines, lyrics and hooks. But though they say ten thousand hours of practice makes perfect, there comes a time in every songwriter’s life where they’re hit with any combination of writer’s block, stagnation or same-ol-same-ol-ness. Here’s a few things I do to keep inspired.

A lot of musicians I know can’t stand listening to radio and prefer their personal playlists highlighting a favorite decade. But I genuinely believe music and lyrics are in a really good, honest and creative place right now, especially considering the new genres created by the constant Pop, EDM, Trap and Rock cross-overs.

Appreciating what’s currently making the rounds helps keep me up-to-date as a female singer on the types of vocal melodies listeners currently consider ear-candy along with relevant trending lingo. Also, and just as important, listening to radio keeps me from getting jaded. Most released music is competing for airplay, but instead of viewing all other songs as evil competitors, I think it’s cool to view them more as chess opponents–you study your chess opponent, appreciate their moves, and even if you lose, you still grab a beer with them after the game.

I keep my recording device ready to work for two general scenarios:

Inspiration On The Go: Inspiration can come to me at any point in the day, resulting from any mood or any random spark. So I’m a huge advocate of looking crazy on the train due to voice-memo-ing an idea I just had to preserve. Anyone staring at me will be fine. The idea won’t though, if it’s lost forever!  The sound of a car horn, the color of a deep conversation, the rush of a great business lunch, all of these can trigger a dope melody or perfect string of lyrics I sometimes can’t afford to miss, especially here in New York City!

Inspiration In The Zone: The trick here is to set and forget. I’ll set up my recorder on a rainy or particularly emotive night, whip out the guitar or sit at the keys and just go–my own no-pressure songwriting session. Sometimes the addition of muses or vices help with dropping my personal ‘I’m being recorded’ stigmas. And once the stigmas are gone…real magic.

Any shared experience generates completely different emotional reactions within any two people. So it goes without say that expanding one’s songwriting circle to include people with similar tastes but different takes is grounds for massive creative synergy.

I think the key is open-mindedness. Mutual respect for each singer or songwriter’s input as it relates to them and their background as a professional, allows the fear of judgement in the room to fade and reveal some true diamonds. It’s also just fun sometimes to get out of your own headspace and hang out with other vocalists and writers and jam out.

if you listen to current radio, ideas will start to just come to you, wrapped in your own interpretations and experiences. They may come at a random time, during a personal jam out, or spring to life during a co-writing session, so have a recorder ready! Get the good ones down because it’s not about the song, it’s about how the song makes the listener feel.

BIO: Lachi is an NYC based recording artist and songwriter whose music has been featured on Oprah Radio and The Huffington Post among others. Prolific in pop, dance, soul and EDM, Lachi has worked on numerous major projects including collaborations with Snoop Dogg, Styles P among others.

Lachi has several major releases set for this year. In the meantime, check out one of her latest collabs, “Give Me You” with indy producer Michael Herrick.