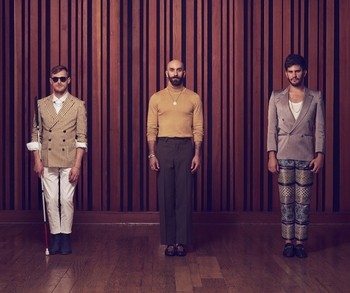 The release of “JOYFUL” last week is the thematic touchstone for X Ambassadors’ new album which sees the band taking a more honest and soulful approach to their music. Both “JOYFUL” and “Don’t Stay” will be featured on X Ambassadors’ new album, JOYFUL, which is set for release this spring on KIDinaKORNER/Interscope Records and is available for pre-order now at https://shop.xambassadors.com.

Tickets are currently on sale for the JOYFUL tour. The spring tour – which includes the already announced May 3rd Red Rocks headline show – finds the band joined by a number of different and exciting artists along the way including Jacob Banks, Misterwives, Mondo Cozmo, Now Now, Son Little and The Aces among others. The massive three-month trek will come on the heels of a number of intimate club shows this February where X Ambassadors will be showcasing new material from JOYFUL along with fan favorites such as their double-platinum single “Unsteady” and platinum hit “Renegades” – which spent 12 consecutive weeks at No. 1 at Alternative.