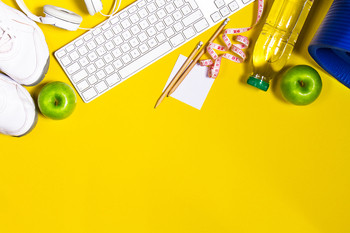 Since 1968 when first presented by its maker Douglas Engelbart, the mouse changed shape and design various times. It was during the ‘80s that it gained the look similar it has today, and today it comes perfected for all kinds of operations. But the appearance and use of mice didn’t hinder those who preferred the keyboard shortcuts, and if anything it gave more to the importance of button combination than ever. Although many would say that buttons are used by the programmers while all others like to click on the menu and settings, the practice shows a somewhat different situation.

With the text editors came a new set of users and they didn’t like when things are complicated. These were ordinary people who just started to comprehend the rapidly changing technology and use computers for more than just playing games. This means that anyone who needed to type something had to click and manage to find the setting and/or option they needed, and that was nerve-wracking sometimes. Some buttons though get used rarely, because people are not familiar with their purpose or don’t see the point in it.

Keyboard buttons also vary from one OS to another, it’s different for MAC users since Apple makes a little bit different external devices than PC manufacturers, and as mentioned, every program has its own set of combinations to facilitate the operations.

Probably the most popular options when it comes to computer users is to copy or cut and paste something from one place to another. The process is pretty simple. You select the folders or files you want with your mouse and then use the keyboard shortcuts to complete the action. The same applies to objects or text within the different programs. But Mac and Windows/Linux users use different keyboards so they will use slightly different buttons for these operations.

Windows/Linux users will use the combination CTRL + C buttons for copy, CTRL + V for paste and CTRL + X for cut. MAC users will instead of CTRL use COMMAND button with the same second keys as in the Windows/Linux case to complete the stated operations. For example, COMMAND + C for copy, etc. CTRL or Control button also exists on MAC keyboards but is rarely used and in those rare occasions when used it goes in combination with other modifier keys.

ALT and OPTION keys have a different purpose in Windows and MAC operating systems. When it comes to Windows you’ll use ALT to activate the graphical menu and then a user can press an appropriate button to initiate the menu command. For example, in MS Word if you press ALT, then R you will open the Review Menu, and pressing S button afterwards will start the Spelling & Grammar check. If you press it at the same time with another key you will complete an action, like ALT + F4 which will close the current window you’re on.

OPTION button on MAC keyboards, on the other hand, is used as cursor control, for example, OPTION + Right Arrow key will move the position of a cursor by word. This button is also used for inserting special characters like bullets and also with COMMAND key as a modifier.

If you consult professionals who for example work in web development like Webwings Websites they will most certainly list ENTER button as one of the most important when it comes to taking care of paragraphs. This key and the RETURN button on MAC keyboards have the same function and that is to confirm an action, or in text processors for new paragraphs. But, if they are used in desktop actions their use is different. For example, in Microsoft Windows Explorer ENTER will open a selected folder or file, while RETURN in Finder if pressed will activate the rename actions. MAC uses COMMAND + O to open the folder or file.

Windows and Linux keyboards use DEL button to delete items and objects from the computer. If you select a file and press DEL button you will move it to the Recycle Bin. When it comes to text editors, you delete a word or whole sentence either by selecting and then pressing DEL or by just holding it down. This action will delete everything to the right of the cursor. When it comes to MAC, DELETE button is not used unless it’s assigned a function which is usually the same as in Windows computers. From the ’90s to 2006 this button wasn’t used even in text editors.

Keys on your Windows keyboard like PRTSC, SYSRQ, SCROLL LOCK and PAUSE/BREAK are remnants from the ‘80s and since the ‘90s are not used anymore. The exception is PRTSC button which is used in Windows for screenshots. MAC keyboard doesn’t have these buttons, but rather some have F13, F14 and F15. These set of keys don’t have the same functions as PRTSC, SYSRQ, SCROLL LOCK and PAUSE/BREAK, but if the PC keyboard is used on MAC computer the F buttons act the same which applies that it’s the matter of operating system and not the hardware.

Suneel Goud, Senior Product Marketing Manager for Hardware in Microsoft, said during the gaming keyboard demonstration once that the three most used buttons are SPACEBAR, letter E and BACKSPACE. How rarely are certain keys used, however, depends entirely on the user and software they work in. Some people use nine fingers to type and some use two, and some like clicking and pointing with the mouse. There is no wrong or right, but only the habits we developed while using the computers. Nonetheless, some buttons are definitely obsolete and should be excluded from the future keyboards or maybe even replaced by new ones.