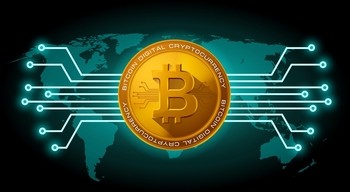 When it comes to spending money, you may think your choices are limited. You either spend cash, or you spend credit that you’ll later have to pay back with cash. That was once the case only a decade or two ago, but today we have another option—Bitcoin.

A form of digital currency, Bitcoin and other cryptocurrencies are gaining in popularity as a true form of money that’s different than the regular currencies you’re used to. But, exactly what makes it different from the cash that we’re used to spending?

The first thing that makes Bitcoin different than regular currency is the fact that it is decentralized.

The government, and more specifically, the Federal Reserve, as is the case in the United States, controls the flow of money. That’s not quite the case with Bitcoin.

That is in contrast to regular currency, which is a coercive centralized system. It is managed and created by government-sponsored central banks, which means we have to play by their rules. Bitcoin puts the control of its monetary system in the hands of the people.

You Own Your Money With Bitcoin

Who owns the money in your pocket? You may think you do because you can spend it however you like. The truth is, the Federal Reserve owns your money. It’s a centralized system, after all.

They can loan your money out to borrowers and collect interest. In the meantime, you can only withdraw certain amounts of money at a time.

The digital world has brought with it a lot of freedom, but it’s also brought some challenges. One of those challenges is identity theft.

Identity thieves can steal your money in many ways:

They can hack into a transaction you made online

They can take out a loan in your name, destroying your credit in the process

When you use Bitcoin instead of traditional currency, you can avoid identity theft. The coins cannot be traced back to you in any way, so there’s no way for thieves to get a hold of your information.

There are many benefits to using Bitcoin, but there are many challenges as well. One is that Bitcoin isn’t accepted most places as a form of payment. Hopefully that will change in the future, giving us all a lot more control over how we spend our own money.