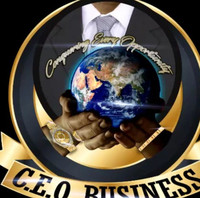 The musical project known as C.E.O. (Conquering Every Opportunity) Business is a one man band, essentially, featuring the talents of creative mastermind Mike Davis Jr. and the Arkansas native makes a spectacular impression with his single “Livin’ Life”. Davis’ early influences like Michael Jackson, Dr. Dre, and P. Diddy, among others, stoked an early desire to set at the fore of a vast musical empire equally capable of improving the world in some measurable way. A large part of the thrust behind his career and artistic motivations is about self-empowerment and Davis finds something of that to admire in even less traditional figures such as famous criminals like Pablo Escobar, Al Capone, and Frank Lucas. Controlling one’s own destiny is a major theme of his work and it comes across in his songs with true ease. Despite his youth, Davis exudes confidence and a comfort level with his art that goes far beyond the usual reach of young musicians and performers.

The song runs a little longer than you might expect, over four and a half minutes, but Davis keeps the arrangement moving the entire time and it never comes off as self indulgent. The jerky, jaunty twist of its tempo provides the track with a more or less continuous hook that keeps listeners close to the tune throughout its duration and the electronic backing is woven together with such an eye for seamlessness that the track progresses fluidly from the first and experiences no bumps along the way. The bottom end is particularly strong and gives Davis a solid foundation for his delivery. He comes across with every bit of the power and energy you’d expect, but there’s a lot of finesse here that goes well beyond his years. The vocals and musical backing work in such accord with one another that it seems like the song came to life fully formed rather than being pieced together in the studio.

There’s some customary moves from a hip hop performer that comes along with this tune. Davis definitely underlines his persona as C.E.O. Business for listeners and stakes a lot of his presentation on getting that over with the audience. His message, however, is all his own without ever remaking the wheel. “Livin’ Life” rips its words straight from the pages of his personal experience and he conveys it with the required urgency, but shakes up its delivery and shows a flexible flow to maximize its dramatic impact. This is a power packed single for both casual fans and hardcore devotees of the style that makes C.E.O. Business stand out as possibly one of the leading lights in the next generation of hip hop performers and writers. The wilds of Little Rock, Arkansas might seem far removed from the bright lights greeting the likes of Mike Davis’ heroes, but he closes the distance with songs like this and we can expect him to accomplish much more.