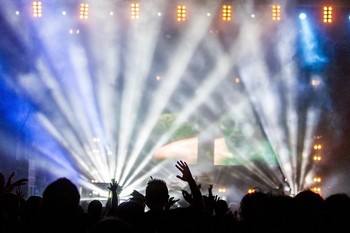 Over the past couple of years, music fans have switched from buying CDs to buying digital copies of music albums and signing up for unlimited music streaming. The shift has enabled musicians and artists to reach a wider audience – like never before – and grow exponentially.

Despite the big shift towards digital music, artists are still playing live gigs and staging tours around the world. Some say the experience you get when attending a live concert is irreplaceable, but experts also predict that virtual concerts are about to be very popular. Are virtual concerts really the future?

The Magic of Live Gigs
It is true that live gigs are irreplaceable. You can’t put a price on actually attending a concert and being part of the excitement. There are unique parts of the experience that fans cannot get elsewhere, mainly seeing their favorite artist performing live and interacting with fans without barriers.

Live gigs are so much more immersive now that there are elements added to the experience. The visuals playing in the background are not just there to light up the stage. They are much more connected with the music.

It is also worth noting that bands and artists are taking the whole fan experience of a gig more seriously. We have services such as ON Services event AV productions helping musicians and artists create and display a visual interpretation of their music in a more immersive way. The result is a truly memorable concert, especially for the fans.

Live Streaming Era
Many artists still ban smartphone cameras at their concerts. This is due to the fact that you can now stream virtually anything using nothing but a smartphone. That said, there are also musicians who are embracing the live-streaming era by actually broadcasting their concerts live to internet viewers.

Does this hurt business? Is live streaming really the way forward? No and yes. Live streaming, while it can provide access to fans around the world, doesn’t really compare to actually attending a concert. The level of excitement is different between the two platforms, so one will not disrupt the other.

However, live streaming may be the way forward. We now have artists offering premium live streaming online; fans can simply pay to watch the live gig. Thanks to bigger bandwidths and better streaming technologies, we may be looking at another possible shift.

Virtual Reality
That next big thing is virtual reality. Now that virtual reality is more accessible, it may be the future of live gigs. Instead of watching the concert in 2D, fans can put on a VR headset and experience the concert as though they were there in person. Real-time VR streaming is not possible yet, but that doesn’t stop artists from creating VR contents from their live gigs and allowing fans to access them.

VR will complete the cycle and bring the music business into the era of virtual concerts. Live gigs are irreplaceable, but fans around the world may get a bigger opportunity to watch their favorite artists live with the help of virtual reality. The good news is, there will be more artists using VR to get closer to fans.