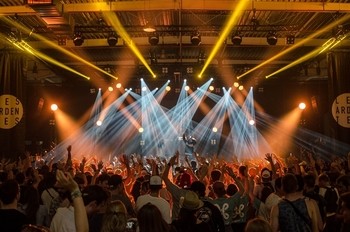 There are few things in life more exciting than seeing your favorite band or singer perform live. The exciting gets turned up another level when you realize that the concert takes place in a major city. While you want to have fun at a concert, what are some things to keep in mind to ensure that you stay safe while attending?

Protect Yourself Against Theft
In a bigger city, there is an increased risk of being mugged or otherwise having your things stolen. To protect against being a robbery victim, you should keep your purse or wallet as close to your body as possible. Carrying pepper spray, a taser or a flashing LED light with you may also act to deter anyone from trying to take your money or other possessions while in public.

Have a Ride Back to Your Hotel
If you are going to consume alcohol during the concert, make sure that you have a ride back home or back to your hotel. Driving while impaired or intoxicated may increase your risk of causing property damage or hurting someone in an accident. It may also result in a DUI charge, which may carry significant financial and other penalties.

Travel with Other People
Traveling to and from the concert with a group of people may reduce the odds that you are harassed or attacked while at the show. This may mean that you go to the concert with a group of friends or as part of a tour group. If you are traveling alone, it may be a good idea to try to talk to or interact with others in the crowd to make yourself less of a target.

Have a Cell Phone Handy
In the event that you find yourself in danger, you should call 911 as soon as possible. This is much easier to do if you have a cell phone with you. Cell phones may also be handy because you can use social media or other features to keep people updated as to where you are. Sending text messages to friends or using social media can also lead people to your location if you are in danger.

There are few feelings better than enjoying a good song with a few thousand of your closest friends. While going to a concert can be fun, it can also put your safety in jeopardy if you aren’t careful. By taking proactive measures to guard against potential harm, it allows you to spend more time enjoying the event and less time worrying about getting hurt.