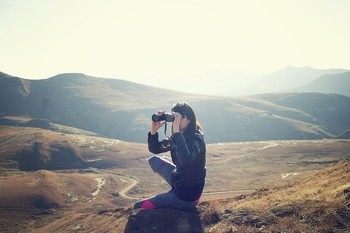 North America witnessed a solar eclipse on the 21st of August, 2017. The total eclipse was easily visible across the US from the Western to the Eastern end, in a straight line, commencing from Oregon and going past Kentucky to South California. Anyone in this particular path can see the solar eclipse, provided there is no cloud.

Speaking generally, a solar eclipse takes place when the moon crosses the sun from the front and its shadow casts down upon the earth. A total eclipse takes place when the moon covers up the sun completely, whereas a partial eclipse is when it covers the sun partially. For viewing a solar eclipse Montana, you need to stand directly in line with the sun and the moon. To watch an eclipse safely, it is essential for the observer to take into consideration certain precautions for protecting the eyes, as well as, health from the rays emitted by the sun at the time of an eclipse.

What can happen due to direct exposure to the sun during an eclipse?

Exposing your eyes to the sun without taking any protection during the solar eclipse can result into solar retinopathy or retinal burns. It is also called eclipse blindness. An exposure to the sun’s rays during the eclipse can permanently or temporarily hamper your vision by destroying the cells present in the retina. You will not be able to ascertain the damage initially, but with the passage of a few days, the symptoms, such as altered color, loss of central vision, distorted or blurry vision can occur.

Three Tips for Viewing the Eclipse

The only span of time that you can risk looking at the solar eclipse directly is during its totality, i.e., when the moon covers up the sun completely. However, as it is not easy to estimate the duration of the eclipse or the time left for the moon to reach totality, this can be the most dangerous time. After all, the sun is covered by the moon for just a small time-span and if you continue observing it for seeing the moon moving away, you can damage your eyes. To keep away from the same, here are some of the tips you should follow:

# Pinhole Projection – Use this for viewing the solar eclipse inexpensively and safely. Make a small pin-size hole on one part of the cardboard paper, so as to allow the passage of sunlight through this hole. This entire method will allow you to watch the complete event without causing any damage to your eyes.

# Welder’s glasses – For reducing the harmful rays of the sun from reaching your eyes, it is suggested to watch the solar eclipse putting on welder glasses, shade no. 14.

# Online or Television – The safest method for watching solar eclipse is on the television or the Internet.
Solar eclipse is among those events that you might get to experience just once in your lifetime. So, make sure that you take up the most reliable methods rather than making any mistake.

Author Bio – Mandy Bular is a blogger whose choice of topics covers various fields. This one is from the range sshe wrote on solar eclipse Montana to guide people in enjoying a joyous eclipse.