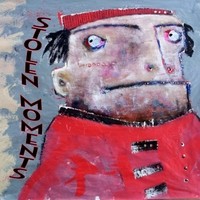 Rick Shaffer has been going at it since the 70’s, with no signs of stopping. He’s out with his newest album, Stolen Moments, which focuses on the preciousness of time. Shaffer stays true to his sound and himself in this album. There’s a melancholy edge to some of the tracks and a fitting reminder that it can all end at any time, so you’d better make the most of every moment.

What sticks out the most is how it takes a great deal of focus to understand what Shaffer is singing in most of the songs. If you’re just there for the music, this isn’t a big deal. Personally, I like to fixate on lyrics, but I was having a bit of trouble with that. The guitar work is solid, if a little repetitive on some tracks. The drums always provide a great base and carry the life of the songs.

“Other One” is the longest track on Stolen Moments, clocking in at 5:10. It is also the slowest, compared to the rest, and has the most melancholy sound to it. I felt a bit sad listening to it, like the nihilistic part of Shaffer’s vision for the album really sank in. We’re all going to die one day. On a lighter note, the sound is more distinct as opposed to some other tracks, and the first one on the album where I could be sure that it was an entirely new song without having to check.

My favorite track on the album, “Time Stays,” sounds the oldest in terms of style. Add a little more velvet to Shaffer’s voice and I’d say it reminded me of an Elvis song or two. While this whole album feels like I stepped into another decade, this one shows it the most. It’s almost playful with the melody, and it has the most engaging sound. I especially enjoy the guitar in this track, as well as the lyrics.

If you could marry guitar riffs, I’d be proposing to the entirety of “Danger Awaits.” The closing track on Stolen Moments is the most unique song on the album, one that captured my full attention. There’s a bluesy sound in it that works so well with the garage rock that Shaffer loves. It’s mildly discordant, just a little off, and it is one of the strongest components of the song. It’s utterly fascinating, an ending to be proud of- one that made me almost a little sad that the album was over.

I can’t say I’m a huge fan of this album. If you like the garage sound and music that reminds you heavily of The Stooges and Iggy Pop, then I’d suggest you listen to it. With the noted exceptions, all of the tracks on Stolen Moments sounded almost entirely the same. That isn’t to say I won’t revisit the album in the future, but only that it isn’t the type of album I’d go for if I wanted to remain focused. It’s easy to zone out while listening to the similar riffs and hard to understand vocals. With all that said, Shaffer definitely delivers on his signature sound in Stolen Moments.