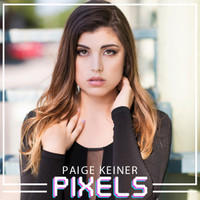 Paige Keiner is a rising star, and one to look out for. The Orlando born singer has been capturing hearts since 2011, and she is gradually becoming a musical sensation. Paige is a dynamic singer and songwriter as she’s always seen experimenting with various genres; Indie, pop, and country, being her favorites.

The vocalist’s vast knowledge of music is evident, as she does not only play the guitar, piano, harmonica, ukulele but is currently studying Music as a major at the University of Virginia. Paige has turned heads, and that has gotten her several recognitions over the years. Her EP Throne was a zestful album, which got her consideration for a Grammy nomination in 2015.

Keiner continued to the Global Music Awards, where she got a silver medal for her original EP Throne, under the nomination for new artist and female vocalist also in 2015. In 2016, Paige was a finalist at the John Lennon Songwriter’s Competition for her song ‘Except for You.’ Paige, after that, has released more singles, making her shine in the music industry.

One of her latest singles ‘Pixels ’is one of keen interest. The song title is stimulating and very befitting for the song itself. The Indie piece is well recorded and the acoustics well used. This is something that should make a new star like Paige proud. The emotions in the song are visible and reverberate through the heart with just one stream.

The piece touches the daily lives of most youths and is relatable to lots of adults. Paige who wants to change the world with her music has done justice to that course with this single. Although the single does not touch all factions of human society, it focuses on one important part, which is how we feel.

As the name implies, the singer does not want to the viewed as just one of many; she would love to be the only one. This line from the song “I’m not a challenge …I’m not a price… I’m more than pixels and second tries” clearly states the singer does not want to be objectified. The same goes for other lines in the two minutes forty-four seconds piece. The lyrics are crystal clear, making the song easy to understand.

The well-composed lyrics are complemented by a rhythmic and intense sound which is at the same time soft. The piece is contemporary with a hint of a classic. A kind of song that could be played at prom, a bar, and even on a drive. The elements making up this piece is fascinating; the percussion does not dominate the musical scene entirely but gives way for the acoustics to work its magic.

The strong hook in the piece leads to a cascade of warmth, bouncing off every other line from the song. Paige presents her musical prowess in this piece effortlessly, and the music, lyrics, and sound together speak for her. The music with the strong messages does not feature hate words or profanity. However, it is focused on discipline and tough love.

Paige Keiner through this song has ones again proven that she is not just a pretty face as she continues to display raw talent. Stream and listen to her single Pixels today.