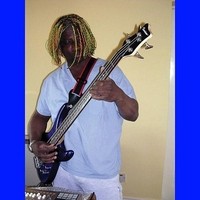 Danny Gee must be fully heard before making any attempt to describe his music and know what specific genres are really going on. It’s a lot when you break it all down, and I find the most dominant to be reggae and comedy. But he goes into soundscapes, shows some singer-songwriter prowess, and even proves to have some pop values as well. From Dublin, Ireland, he pulls no political punches and makes it serious yet playful enough to get his message across. This is an extreme album, but pretty-lighthearted in that respect if you’re able to flow with his comedic thread. His latest release: Politically Incorrect (Shut The **** Up!) contains all that is “Explicit” and a lot more. With 30 tracks in all, there are 16 actual songs on the disc which comes with a 16-page booklet. There is a thread of concept and it’s obviously political, but it’s also deeply expressed and extremely funny most of the time. This is nothing new on the hip-hop rap side of it all, but there is so much more to this artist who also practices martial arts and makes no secret of that in the lyrics. It starts off in “Link 1” with some spoken word that you either like or you don’t, but to be honest it keeps up with the best of them who do it. This isn’t just comedy, it’s singing and rapping with a purpose. It actually-plays out like a lesson of sorts.

“Dig Deep” gets the point out of the way, but the percussion isn’t exactly high standard on this. It doesn’t matter, he makes it work anyway. It’s all about the times and the necessity to carry on. “Link 2” shows the pattern of a voice that mocks him and tells him he’s “bragging.” This isn’t too hard to follow and by now you start to get the picture of what’s going on. “The Country Still Belongs To You” speaks for itself in subject matter, and the language stays clean for what is a good song. And the story keeps going with “No Politricks” which is a smooth rap and roll with some great nightmares for politicians.

This is followed by “Industrial Action” and it gets better at this point with some great stuff in the mix. It’s a cool track with an undeniably awesome chorus. He preaches of spreading things around more evenly for the people. This has been done a lot already but he’s very good at it as a singer-songwriter, a rapper and comedian. “On The Subway’ is yet another fun piece of music. If you can’t enjoy it, then it goes to show he’s right on point. There’s even a countrified guitar solo in this track to seal the deal. It flat out rocks and swings with all this album has-to offer. And racism gets tackled next, which isn’t easy but must be heard.

It goes from there to “The Drug Craze” with “Link 6” setting it up well. It’s surprisingly educational, especially for such a strongly explicit CD. But it could fall on deaf ears because of that, as it gets graphic in parts. But the message is still relevant enough to respect it. The whole thing stays the course and it all checks out if you can appreciate comedy and reality taking a front seat in music. “Emotional Strain” is another particularly good track on the musical side. But all the way through “Pig Of A Man” with its cool piano and hilarious lyrics, and “Gigolo” with the great female backing vocals – to the final track “Thank You God” it’s all good, as long as you get it.