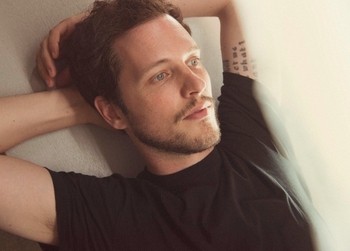 London-based Greek indie-pop experimentalist Leon Of Athens has released his new single ‘Fire Inside You’. The single is the latest to be taken from his forthcoming album produced by David Kosten (Bat For Lashes, Everything Everything).

‘Fire Inside You’ leads with a mesmerising shift of guitars and ethereal electronics alongside Leon’s captivating vocals, addressing the powerful force of love across oceans.

‘Fire Inside You’ follows the release of ‘Aeroplane’ and ‘Xenos’, both taken from the upcoming album.