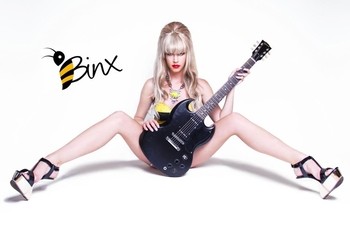 Binx, also known by the title of her EP “The African Bee,” is an Avant-Garde pop musician/model from South Africa based in New York. Her song, “Radiohead” went to Number 1 on a South African radio chart and she has performed at the US Open, The South African Traditional Music Awards, The New York Marathon (two years in a row) Webster Hall and she was featured in The New Yorker for her EP.

She just released her next single, “Paradise” at the Spotify Studios and is working with legendary concert booker, Ron Delsener, from Live Nation to book shows.