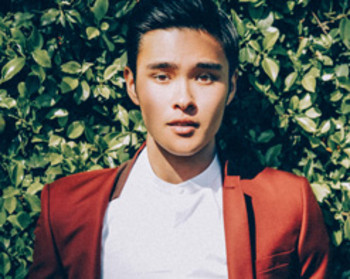 Will Jay told The Huffington Post that “I want to write the soundtrack for people’s lives, whether it’s a song that reminds them of a great time in their life or a song that simply gives them a good cry.” With a wealth of experience under his belt including his tenure in the boy band IM5, competing on Season 4 of The Voice of China, and the whirlwind of activity surrounding the release of his debut solo EP, Will is always able to the find the perfect words, the perfect music, and the perfect melody.

It’s a thrill to be partnering with Will Jay once again for the new “Leading Man” music video. We had the pleasure of working with Will for two videos last year: “Gentleman”, an intelligent yet endearing pop number, and “Christmas Come Early,” where Will stole our hearts with the doo-wop-styled number featuring rescue dogs that have either been adopted or are currently looking for their forever homes.

Directed by Sunny Beatz (who also directed “Gentleman”) and produced by Edgar Olazaba at Redwall Studio, the video is a statement about the “whitewashing” of Asians in Hollywood, where Asian characters are frequently portrayed by white actors. The “Leading Man” video opens to a casting director and his assistant discussing an “all-white kung fu movie”, saying, “People don’t want to see Asians in the films.”