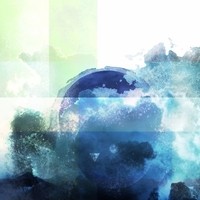 The second release under his own name finds Minneapolis resident Chris Bartels deeply indulging in his rather theatrical and ambient musical vision and coming to us with compelling results. This isn’t a collection utilizing atmospherics for the sake of it alone. Bartels, instead, intelligently manipulates sound in such a way that the sonics tell every bit as much of the composition’s story as anything served up by traditional elements like the lyrics and musical arrangement. Myths and Mold is a five song EP with remarkable stylistic dexterity. His inventive use of guitar is a key part of the EP’s artistic success, but other instruments exert an equally important hold over some critically important songs. There’s an obviously elevated creative sensibility behind the songwriting, but Bartels’ talents are such that it never loses any accessibility for average listeners. Emotion is wide open here and points of entry are varied and clearly discernible.

The general bent of the album is obvious after a few listens, but doesn’t immediately reveal itself. “Blind” and “Missoula” are largely built around two key musical components – Bartels’ guitar work and the distinctive method and sound he utilizes with the vocals There are a lot of clear antecedents in the current music scene for what he does vocally, but he can’t be fairly labeled as an imitator. Bartels manages to achieve musical, poetic, and theatrical effects through his use of choir voices, unobtrusive post production effects, and multi-tracking. The guitar work on these first two songs has a similar bent. Bartels plays angular, sometimes seemingly a-melodic lines foreign to the Standard Rock Guitar playbook handed out to most budding musicians by their thirteenth birthdays. He obviously plays for effect rather than guitar hero accolades and his deceptively simple melodic contributions are critical to the overall success of both tunes.

The one exception to the aforementioned general slant of Myths and Mold is the title track. This is almost a purely electronica affair and quite short. Despite its shortness, Bartels’ songwriting redeems any drawbacks we might associate with too brief of a song. The rhythm track for the song is especially compelling. “Stay” brings piano more to the forefront instrumentally and the classical aspects of the instrument are a good fit for Bartels’ synth and electronic embellishments. It is, perhaps, the closest thing to a ballad on Myths and Mold, but its aching vulnerability never seems showy. The guitar reasserts its presence on the concluding track “Counting Hands”. There is a more structured quality to this song, however, than the album’s opening duo. It is still distinctly Bartels, however – there’s a sense of elusiveness about his artistic spirit that comes through in anything he touches. These are five songs sharing common characteristics, but they also diverge sharply on key points and the entire work gains added depth as a result. Myths and Mold shows him, even in EP form, as a songwriter and performer of astonishing variety.