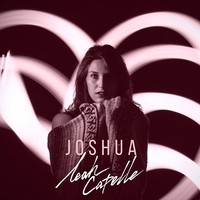 Leah Capelle’s music style hits you like a ton of bricks, when first listening to her music you assume oh another country artist that’s up-and-coming. But yet her genre choices are not of country but of alternative meets rock and pop instead. But yet her music still resembles that of the country music aspect so perhaps she is just that good at blending genres? Perhaps a little too good that it fools to ears of all who hear her music? Guess so.

In any case though her latest and newest track called “Joshua”. Which indeed has an accompanying video to it, that is quite interesting, as it goes well with the song’s lyrical context. The song being not about a person but a place by the looks of it. “Joshua”, seems to be the name of a place than a person but maybe just not sure on it for sure. The song itself deals with Leah wanting to go on a journey to go and meet someone at the border again someone either named Joshua or the border itself named that. It is really hard to tell really. The video itself is showcased rather well, having pretty scenery with Leah walking along the dirt pavement road, with trees, mountains, and the shinning sun high above her. It is quite a sight to see, let alone being there, you can really get a feel and glimpse into what nature and it’s beautiful scenery has to offer by watching the video. The song just being a filler of aspects, but that is a good thing. It fills in the video aspect because the video is just so breathe taking it blows your mind with what it is showcasing you. The scenery is just really inspiring and it makes you want to go and meet whatever it is at that border too.

The song though does resemble that of country music but there are the noted genres of alterative, rock, and pop thrown in. The constant progressive use of drums and guitar riffs, really keeps the song moving right along all the way through. Whereas the vocals from Leah and backing vocals heard on and off throughout the song, are both done in harmony at some parts. The vocals joining in together, sounding quite nice and entertaining as well. Leah’s vocal chords on her own sound fierce, high energized, with praise of emotion built right in.

It allows for everything to just fall into its proper place really. The song ends up becoming another one of those rather catchy and upbeat tracks, you could hear endlessly. If not that then maybe enjoy with a smile spread across your face while listening to it at least. That is pretty much what Leah Capelle’s music does it puts a smile on your face, that remains even after the song is completely over. She is able to lift your spirits high and far. Her music being entertaining of all sorts. Her style brings to mind that of other acts like Paramore or even Doll Skin, that alternative rock based bands with more of a kick going for them. Leah will surely kick up the pace with her music lining up right alongside if it develops into that area of rock force.