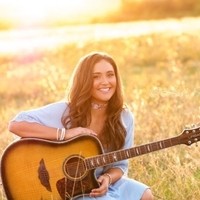 Summer Franklin’s musical story is an always timely reminder about how music can redefine lives. Visiting the home of country music icon Randy Travis inspired this young performer to pursue her musical dreams, but this sixteen year old performer and writer began from a place of strength few artists can share. Texan by birth, Franklin spent the majority of her youth living in the New Hampshire’s Lake Winnipesaukee region and has extensively traveled. She is surprisingly reflective for such a young performer and has a strong altruistic side manifesting itself in activities like her volunteer work. Franklin’s considerable talents have insured she’s received almost instant acceptance from the traditional country crowd, but Franklin cannot be called a retro artist in anyway. Her songs, thus far, touch on traditional themes but do so with an individuality of spirit and a distinctly modern sound.

“Half Broke Horses” seems to slowly coalesce into being and has a lush texture without ever sounding pre-fabricated. Franklin’s vocal skills are far beyond her years. The singing she conjures for this track has improbably smoky ambiance and its atmospheric suggestiveness is quite effective. The instrumentation is subtly handled, but credible throughout. The track “Firefly” has some exquisite writing found by producer, Dean Miller, son of legendary country singer Roger Miller. The imagery has real nuance and takes on added velocity when the song shifts gears into a swinging country rock march. She tempers the vocal mood of the first song in favor of a much more melodically wide open approach. The acoustic guitar work opening “The House that Built Me” sets a perfect stage for this track. The music takes on a gentle glide further colored by the addition of discreet pedal steel guitar flourishes.

“Travelin’ Solider” has a much more solidly classic country feel, particularly with the inclusion of mandolin, but the bulk of the song is dominated by straight ahead acoustic guitar work. The vocal melody is one of her most beguiling and she fully exploits its potential. She turns her talents in a bolder, brassier direction with the modern country leanings of “It’s Gotta Be Love”, but even on these more contemporary cuts, Franklin never abandons her traditionally minded sound. “Fence Post” opens in a languid, pastoral manner but gradually builds up to an impressive stride. The gorgeous balladry of “The Climb” succeeds on the back of its vulnerability and practically aches with the sort of beauty we typically associate with veteran performers. It restores a modicum of faith in music’s future when beautifully unfettered performers can emerge and make an immediate impact.