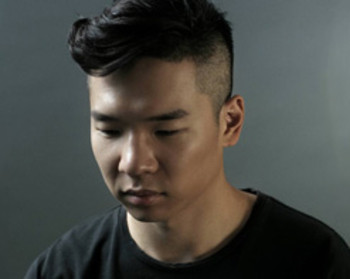 If you’re looking for an artist to set the tone for this year, look no further than the latest track from Raiden, Korea’s fastest rising talent and the next big hit from the Protocol roster. “Heart of Steel” is a future bass anthem evocative of Odesza, Flume, and Nicky Romero’s wintry, hip pulsations, mixed with a fresh-faced genius. “Heart of Steel” is Raiden’s debut innovative creation that sets the bar high with despondent piano strains, trembling synths and spectacular vocals from the Grammy-nominated Bright Lights. This dynamic track is bound to find a home both on the dance floors and in earphones around the globe this year.

Raiden is well on his way to becoming a household name. His inspired, multipurpose sound is a result of his musical past as a gifted guitar player and as a member of a rock band. Once a recognized Korean dance buff and now on his way to becoming an out-and-out international prodigy, Raiden has produced several well-received remixes in the past year, such as Fedde le Grand’s “Keep on Believing” and Florian Picasso’s “Final Call.” He has become an indispensable member at ULTRA Music Festivals, having performed at six of the festival’s locations. Raiden united with the venerated Protocol Recordings to release “Heart of Steel.”

Raiden has already asserted himself as an undeniable force of nature within the electro-house music scene. With a residency with Club Octagon and recently playing the Main Stage set at Ultra Korea, he has confirmed his local domination. Already possessing an impressive collection of works, his non-stop calendar of shows have gathered backing from the likes of greats such as Bassjackers, Vicetone and Steve Angello.